BAKU, Azerbaijan, March 25. On March 18 this year, a new terminal of Samarkand International Airport was opened. It should be noted that during the construction work that began in 2019, the airport building and the air terminal complex were completely rebuilt on the basis of a public-private partnership under a project worth about $83 million.

It should be noted that during the overhaul of the Samarkand International Airport, a 4-storey terminal building was completely reconstructed. It was created in the form of an open book based on the scientific work of Mirzo Ulugbek "Ziji Jadidi Kuragoni".

The opening ceremony was attended by the heads of the republic and regions, veterans and workers of the aviation industry. Representatives of the media and bloggers were also present. The ceremony was opened by Deputy Prime Minister Achilboy Ramatov, Khokim of Samarkand region Erkinjon Turdimov, who spoke about the initiative to modernize the airport and the work done.

The airport building is adapted for both international and domestic flights. Samarkand Airport is an interesting destination for airlines around the world, both in terms of direct flights and trips to the cities of Uzbekistan, which is attractive as a domestic and international hub. The terminal is 175 meters wide and 25 meters high. The airport applies the regime of "open skies" and provides cargo service. For landing, two exits and four telescopic ladders were built. As a result, the terminal's capacity has almost tripled, that is, from the previous 400 passengers to 1,000 passengers per hour. A completely new runway has been built in the airport complex, 4 new interchanges and 26 aircraft shelters. The airport is equipped with modern radar and lighting equipment. The airport is equipped with modern radar and lighting equipment. As a result, the lights of the airport became visible in the sky from a distance of 50 km. This convenience is not available at all airports around the world.

It should be noted that the construction work was carried out on the basis of the project by local enterprises and workers. This, in turn, has become an excellent school of experience, and laid the foundation for the future implementation of similar projects on our own. Now any type of aircraft can land in Samarkand. The terminal complex is equipped with modern technologies. Baggage clearance and check-in, passport control, self-service at check-in - all this is done for the convenience of passengers. There are 29 checkpoints in the airport building. There are also food points for passengers, souvenir and duty-free shops, rooms for children and mothers, and prayer rooms.

Currently, the new airport is operated by the management company Air Marakanda under a public-private partnership agreement. Samarkand International Airport is the only airport in Uzbekistan operated by a private company. New routes have been opened to many countries. The number of flights has been increased from the current 40 to 120 per week.

It should be noted that the Government has developed a strategy for the development of all airports in Uzbekistan until 2026. All airports will be reconstructed, construction of new railway stations and air terminal complexes will begin in some regions. Such reforms will become important transport hubs for the further development of tourism in Uzbekistan. 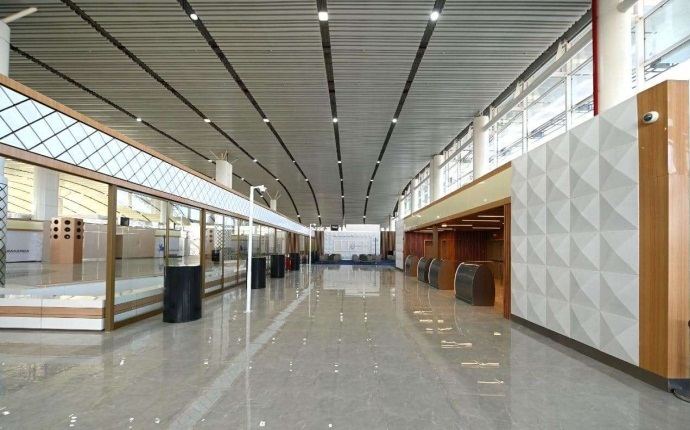