Iran has successfully tested its first vertical takeoff and landing (VTOL) drone, dubbed "Koker-1", and will officially unveil it on the Kish Island in the next calendar month of Azar (Nov. 22-Dec. 20), the Mehr News Agency reported.

The drone reportedly uses ultra-advanced technology and has been manufactured in Iran for the first time.

The "Koker-1" drone does not require runways at all and can take off and land vertically, experts say.

It is capable to fly continuously for three hours within a radius of 170 kilometers at 12,000 feet height in different climatic conditions.

According to earlier reports, Iranian experts have also built another radar-evading drone, named "Liko", with the capacity of carrying 100 kg of cargo for 100 kilometers.

"Liko" is also capable of non-stop flights for three hours. The 53-kg UAV can fly at an altitude of 16,000 feet and requires the shortest landing runway length.

"Karrar" is capable of carrying a military payload of rockets to carry out bombing missions against ground targets, flying long distances at a very high speed, and gathering information. 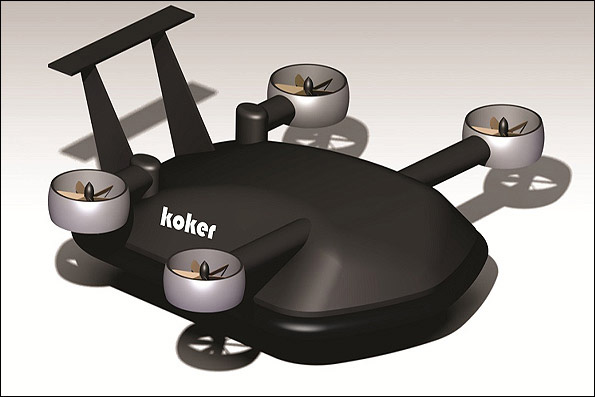