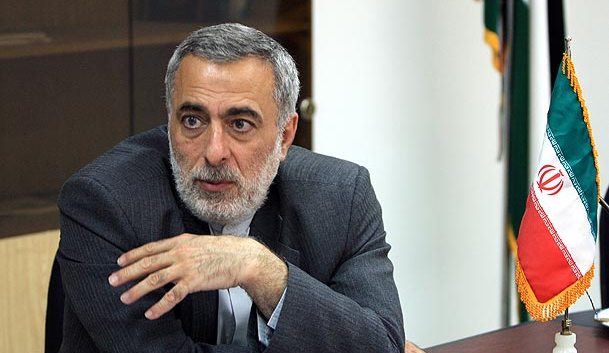 An Italian parliamentary delegation will visit Tehran on May 3 at the invitation of the head of Iran's Parliament National Security and Foreign Policy Commission, Alaeddin Boroujerdi.

Sheikholeslam went on to say that studying the potentials for boosting mutual relations is the main goal of the Italian lawmakers' visit.

In their 3-day visit, the Italian lawmakers are scheduled to hold bilateral meetings with the senior Iranian officials, he added.

The delegation held talks with Iranian foreign minister Mohammad Javad Zarif, during which bilateral ties and the prospects of Iran-Europe relations were reviewed.

Iranian parliament has in recent months intensified measures to strengthen ties with parliaments of the other countries, following president Hassan Rouhani's announcement that his administration will adopt the policy of constructive interaction with the world.

Last week, a French parliamentary group led by the chairman of the French Senate's Finance Committee Philippe Marini arrived in Iran to discuss the promotion of economic ties between Tehran and Paris with a number of Iranian lawmakers and cabinet ministers.

In December 2013, an eight-member team from the European Parliament (EP) travelled to Tehran and met with senior Iranian legislators, including Larijani and Boroujerdi. The team was led by Tarja Cronberg, who sits on the EP's Foreign Affairs Committee.