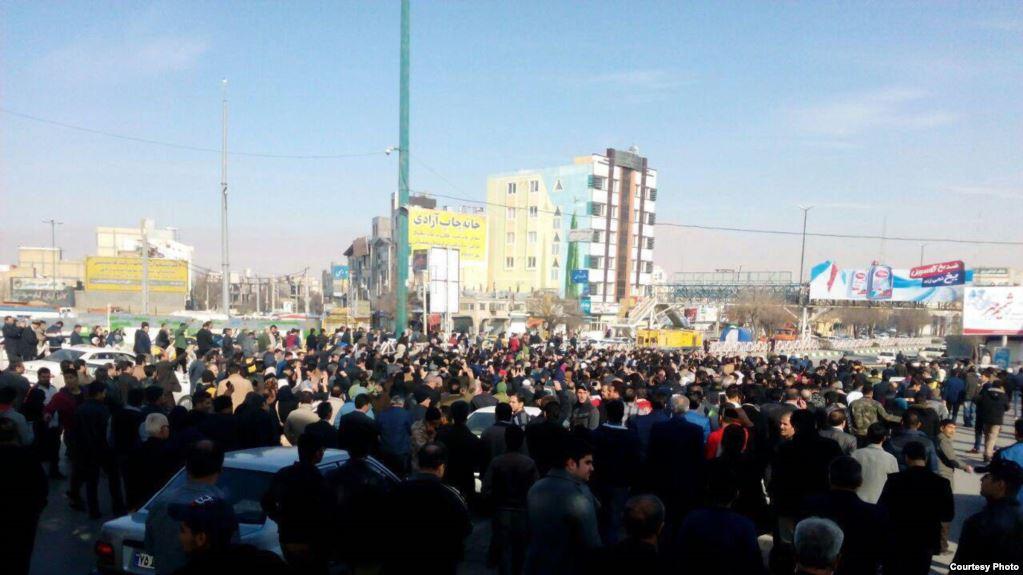 Riot police and security forces clashed with demonstrators in Tehran and dozens of cities across Iran on Saturday, Iranian news agencies and social media said, as protests against a rise in gasoline prices turned political, Trend reports citing Reuters.

The reports said demonstrators chanted anti-government slogans around the country, a day after the government increased the price of regular gasoline to 15,000 rials ($0.13 cents) a liter from 10,000 rials and rationed it.

State television said police clashed with what it called rioters in some cities and fired teargas to disperse them.

One person was killed and several people were wounded in the city of Sirjan in Kerman province on Friday, the ISNA news agency quoted a local official as saying on Saturday.

“People attacked a fuel storage warehouse in Sirjan and tried to set fire to it”, the state news agency IRNA said.