The long-term roadmap for cooperation between Iran and Turkey, which is currently being regulated by the two countries, will elevate existing ties to comprehensive cooperation, Iranian President Ebrahim Raisi said, Trend reports citing the Iranian President Office's official website.

He made the remark during a meeting with Turkish Foreign Minister Mevlut Cavusoglu in Tehran on Nov. 15.

According to Raisi, Iran's close relations with Turkey are in favor of peace and stability in the region. Regional relations between the two countries should become international cooperation.

The president also added that Iran's relations with Azerbaijan and Turkey are deeper than neighborly relations.

During the meeting, Turkish Foreign Minister Mevlut Cavusoglu said that Turkey intends to further increase the level of cooperation with Iran.

Cavusoglu noted that Turkey wants to create and strengthen joint cooperation with Iran to increase stability and trade relations in the South Caucasus. 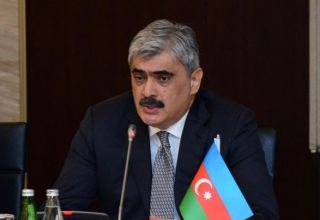