Arab World Materials 5 September 2012 02:48
The Jordanian Muslim Brotherhood vowed late Tuesday to “flood” the streets with thousands of protestors in the country’s largest ever anti-government rally, warning Amman that it faces its “final chance” to usher in democratic reforms 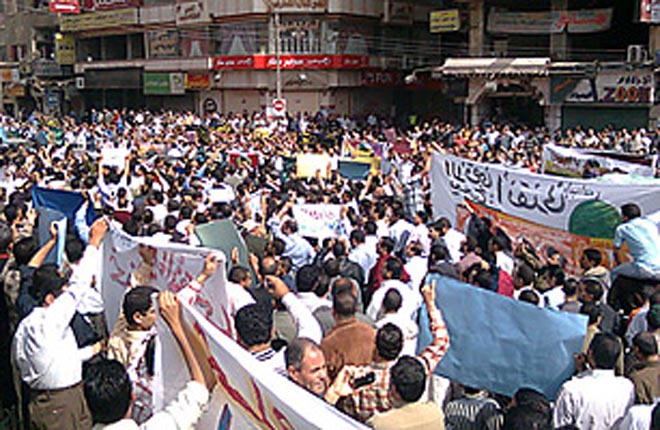 The Jordanian Muslim Brotherhood vowed late Tuesday to "flood" the streets with thousands of protestors in the country's largest ever anti-government rally, warning Amman that it faces its "final chance" to usher in democratic reforms, DPA reported.

In a press statement, the Islamist movement announced that it was planning to hold an anti-government rally this month featuring the participation of at least 50,000 protestors. That would make it the single-largest demonstration in Jordan since the launch of the country's 21-month-old protest movement.

"For months decision-makers have refused to listen to the people's demands, so now we must speak in a louder voice," said Zaki Bani Rsheid, deputy head of the Jordanian Muslim Brotherhood.

The protest threat came as the Islamist movement launched the so-called Higher Council for Reform - a body led by senior Islamist leaders designed to "save" Jordan from economic, social and political crises they claim are "threatening national security."

In its first statement, the nascent council criticised on Tuesday authorities for raising prices of basic commodities and issuing an "undemocratic" elections law, urging Amman to "listen to the people's demands ... before its too late."

The threats come amid rising tensions between Amman and the Muslim Brotherhood - Jordan's largest political force, which is spearheading a nationwide boycott of upcoming parliamentary elections.

The Islamist movement and a majority of Jordanian political forces are urging citizens to forgo the polls, slated to be held in December under an electoral system they claim favours tribal regime loyalists over political parties.

Amman contends that the Brotherhood is pushing to "scale back" the King's constitutional powers, accusing the Islamist movement of seeking to "form a new political regime in Jordan."

A central demand of Jordan's peaceful protest movement, a coalition of Islamists, leftists, independents and tribal activists, is the transfer of the King's constitutional authority to form governments to the people.