( dpa ) - The leaders of Serbia and Kosovo have asked to address an otherwise routine meeting of the UN Security Council to discuss the organization's mission in the disputed Serb province.

The 15-nation council is scheduled to meet Wednesday to review the work of the UN's interim mission in Kosovo, which along with NATO and the European Union has been engaged in training the local police force and other administrative tasks.

The meeting will not discuss Kosovo's contentious political future and is usually considered a matter of routine.

Serb President Boris Tadic in a letter to the council demanded the right to "participate in the discussion" of the UN's report on the Kosovo mission. He also asked the council not to allow representatives from Kosovo to take part as officials of the territory, but as members of the UN mission in Kosovo.

Hashim Thaci, prime minister of the ethnic Albanian-led Kosovo government, said he too wanted to take part in the council meeting "in order to present the views of the people of Kosovo."

"We consider that it is critically important that I be given the opportunity to present the position of the Institution of Kosovo, which I lead, especially following our serious engagement and involvement in the negotiation," Thaci said in the letter to the council president, Ambassador Giadalla Ettalhi of Ethiopia.

Both Tadic and Thaci wanted a positive response from Ettalhi.

The council is divided into two camps, with the European members and the United States favouring independence for Kosovo while Russia and China are opposed. The council met in December in an attempt to iron out its differences, but gave up on the ground that the gap was irreconcilable.

Efforts by Britain, France and Germany - the EU troika - Russia and the United States have so far failed to break the impasse between Serb and Kosovo leaders. dpa tn cc 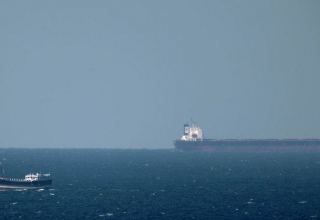