The Bush administration has asked Congress for $20 million for military aid to Poland as it seeks to complete a missile defense deal, reported AP.

The administration wants to build a European missile shield that would include a radar installation in the Czech Republic and 10 interceptors in Poland. Officials have been trying to reach a deal with the two countries before President Bush leaves office in January.

The U.S. is nearing a deal with Prague, but negotiations with Warsaw have lagged. The talks had been complicated by Poland's demand for help to upgrade its military in exchange for allowing the interceptors.

The request for money for Poland comes at a crucial time as the two sides are set to meet in new negotiations next week on the military aid question.

The Bush administration made its request public Friday as part of a larger budget document, but the document did not tie the money to negotiations with Poland. A State Department official, who asked for anonymity because he was not authorized to comment, confirmed that the $20 million request was intended to allow it to satisfy the Polish demands.

The U.S. missile defense plans have become one of the thorniest issues in U.S.-Russian relations. Moscow opposes the U.S. plan to build part of its global missile defense system so close to Russian borders, arguing that it would undermine the Russian nuclear deterrent.

The Polish government argues that the U.S. security upgrade is necessary because Russia has threatened to target Poland with nuclear missiles if it should allow the interceptors.

The administration's request would have to be approved by Congress before the money would be made available. However, the request is a signal to Poland in the negotiations that it wants to accommodate at least some of Warsaw's conditions.

Polish officials have said they are looking for help to acquire air defenses against short- to medium-range missiles. Negotiators have asked for expensive Patriot 3 or THAAD missiles and have identified 17 areas of the Polish military that the United States could help modernize. Interceptors for the planned U.S. shield are for protection against long-range missiles. 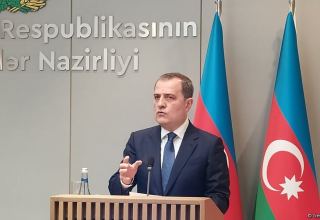 Master plans for Zangilan, Gubadli, Kalbajar and Lachin being prepared, without taking any loans - Azerbaijani president