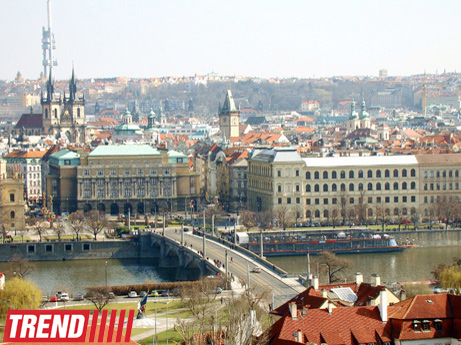 Schwarzenberg's strong finish defied the predictions of many political watchers, who expected the race to be between Zeman and centre-right candidate Jan Fischer, who led a caretaker government from May 2009 until June 2010.

With 99 per cent of the polling stations reporting results, Zeman, who served as prime minister from 1998 through 2002, got 24.2 of the vote, while Schwarzenberg received 23.4 per cent. Fischer trailed in third place with 16.36 per cent.

The news added a dash of excitement to the country's first-ever direct elections for head of state, a job that was formerly filled by a legislative vote.

Since none of the nine candidates received a majority, a second round vote is set to be held January 25-26.

Schwarzenberg told supports in Prague on Saturday that Zeman represents the past, and that the Czech Republic must find its role as a country located in the heart of Europe.

"The next 14 days will decide the basic political orientation of the Czech Republic," the 75-year-old said. All of the major candidates campaigned for the country to take a more pro-European course.

Zeman attacked Schwarzenberg for his role in helping to craft spending cuts during his time as party leader.

Among other responsibilities, the president represents the country abroad and appoints the prime minister and constitutional court.

Of the 8.4 million Czechs registered to vote, 60 per cent cast ballots during the two-day vote. By comparison, 34.9 of eligible voters participated in last year's parliamentary elections.

Incumbent Vaclav Klaus was blocked from running again due to term limits.