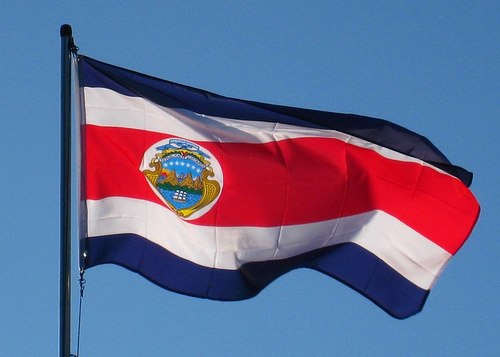 Fabricio Alvarado, the candidate of the National Restoration Party (PRN), an evangelical group, surged to victory in the first round on Feb. 4, after the Inter-American Court of Human Rights asked Costa Rica to legalize gay marriage.

The journalist, preacher and Christian singer has campaigned on the pledge to rescue "principles and values" by opposing gay marriage. This struck a chord with the public and won him 24.99 percent of the vote in the first round.

In second was the candidate from the official Citizen Action Party (PAC), Carlos Alvarado, who won 21.63 percent.

Carlos Alvarado has come out in favor of gay marriage and has slammed Fabricio Alvarado for campaigning on a single issue, without having a plan for government.

According to the latest poll by the Research Center for Political Sciences (Ciep) at the University of Costa Rica, the candidates are in a dead heat, with Fabricio Alvarado at 43 percent, Carlos Alvarado at 42 percent, and 15 percent of voters undecided.

The public has been highly critical of both parties, with the PRN being accused of religious fundamentalism and the PAC blamed for the current government's corruption scandals.

The Organization of American States (OAS) will supervise the election with international observers, although Costa Rica has a strong track record of clean and fair elections.

Bolivian interim president Anez will not run in March election
Other News 6 December 2019 08:45

Democrats give up fundamental US interests for toppling Trump
Commentary 4 November 2019 16:00