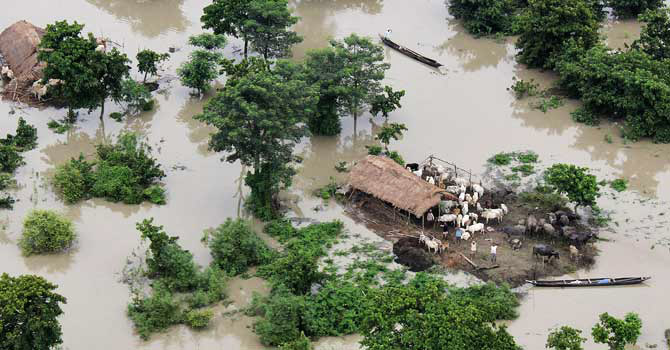 Haq said that in neighboring Nepal, monsoon flooding had killed 64 and displaced more than 16,500 families.

In Myanmar, some 21,000 people have been forced to leave their homes in the states of Kachin and Rakhine due to extreme weather, Haq added.

Samsung Display says it is considering building a factory in India
Other News 20 January 11:29
Latest