Other News Materials 28 November 2019 03:01
Suspected Islamist rebels have killed at least 19 people in east Congo, an official said on Wednesday, the latest in a series of attacks causing anger at the perceived inaction of the army and U.N. troops 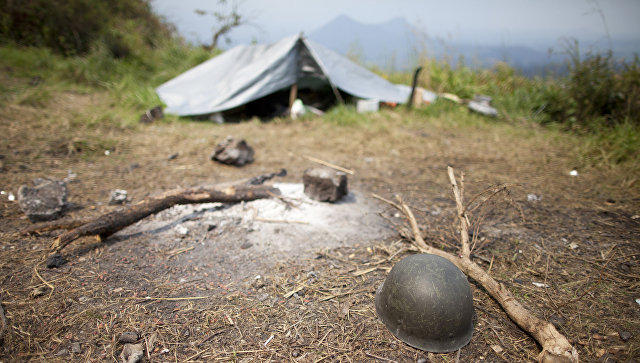 Suspected Islamist rebels have killed at least 19 people in east Congo, an official said on Wednesday, the latest in a series of attacks causing anger at the perceived inaction of the army and U.N. troops, Trend reports citing Reuters.

The raid occurred overnight in the village of Maleki, near the city of Oicha in a forested region near the Ugandan border, said Donat Kibwana, the administrator of Beni territory.

Kibwana blamed the attack on the Allied Democratic Forces (ADF), a jihadist rebel group originally from Uganda that has operated for decades in Congo. They have killed at least 80 people in 14 raids since the army launched an operation against them late last month, according to U.N figures.

He said that many family members of the victims were afraid to return to the scene for fear of being attacked, but that an initial search had found 19 people dead.

“This assessment remains provisional as the search continues,” Kibwana told Reuters by phone.

Several previous ADF attacks have been claimed by Islamic State, but the extent of their relationship remains unclear.

Recent attacks sparked protests in the city of Beni, 20 km (12 miles) south of Oicha, driven by accusations that the army and United Nations are not doing enough to protect people.

Protesters burned down the mayor’s office and damaged U.N. facilities on Monday, forcing some health workers helping to combat an Ebola epidemic into lockdown and others to leave.

At least four people have died during protests in Beni and nearby Butembo this week. On Wednesday the protests spread to Goma, the regional capital, where activists have called for a two-day strike starting on Thursday.

A U.N. peacekeeper shot dead a man who was throwing a Molotov cocktail during protests in Beni on Tuesday, a U.N spokesman said late on Wednesday, adding that it would open an investigation into the death.

The U.N. peacekeeping mission said in a statement on Wednesday that it would be unable to end the ADF’s violence if its forces were under attack from local people.