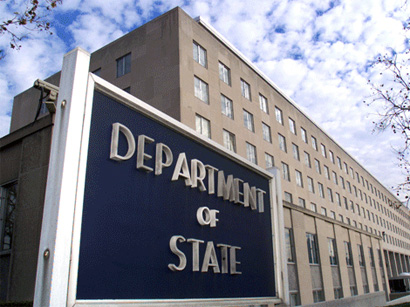 Psaki also said the United States regularly conveyed its concerns regarding long detentions to the Turkish government, the same way as it transmitted concerns on freedom of expression, daily Hürriyet reported.

Balbay was freed Dec. 9 after more than four-and-a-half years in jail following a Constitutional Court ruling that his lengthy imprisonment amounted both to a "violation of the law" and a "violation of his right to be elected." He was sentenced to 34 years and eight months in prison pending appeal in the Ergenekon verdict on Aug. 5 and has been behind bars throughout the whole trial. He became a deputy after being elected from the ranks of the CHP in the 2011 general elections and took his oath on Dec. 10, a day after his release.

Six lawmakers are still jailed, five from the Peace and Democracy Party (BDP) and Engin Alan from the Nationalist Movement Party's (MHP), whose situation is unclear as his 18-year prison conviction in the "Balyoz" (Sledgehammer) coup plot case was approved by the Supreme Court of Appeals.

Psaki said she would not make a detailed statement for each jailed deputy's case, adding that the State Department's annual human rights report conveyed Washington's criticisms and concerns with respect to long detentions.