2 IS militants of Dutch origin deported from Turkey 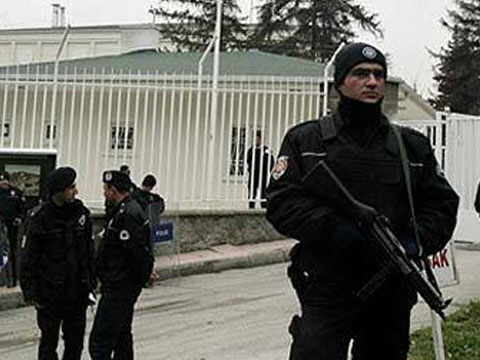 Two militants of the Islamic State (IS) terrorist group, who were previously detained, have been deported from Turkey, Trend reports referring to the Turkish Interior Ministry Nov. 20.

The deported terrorists are of Dutch origin, and their names aren’t disclosed for security reasons.

“All IS terrorists who were detained in Turkey will be deported,” the Turkish Interior Ministry said.

On Nov. 14, seven IS terrorists who are German citizens were deported from Turkey.

On Nov. 11, Turkey began the deportation of previously detained IS terrorists.

On Nov. 4, Turkish Interior Minister Suleyman Soylu said that Turkey will return previously detained IS terrorists to their countries of origin.

Soylu noted that Turkey doesn’t intend to keep these terrorists even if they are deprived of their citizenship.

The interior minister added that 1,200 IS terrorists are being held in Turkish prisons.

Soylu said that during the anti-terrorist Operation Peace Spring in northern Syria, the Turkish Armed Forces detained 287 people related to IS, including women and children.