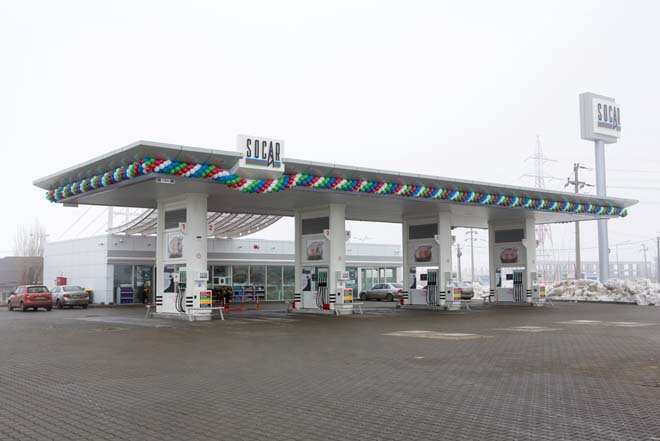 SOCAR (State Oil Company of Azerbaijan) plans to launch another 10 filling stations (gas stations) under its own brand in Romania in 2015, the CEO of SOCAR Romania Hamza Karimov said Sept.25.

Two stations under SOCAR brand in the Romanian city of Sibiu and Bistrita will be put into operation until the end of this year, he said.

Currently, the total number of SOCAR petrol stations in Romania is 30.