The worsening of the situation at the contact line of Azerbaijani and Armenian troops demonstrates the need for a rapid response to resolve the Nagorno-Karabakh conflict which is so harmful to the people of the region, OSCE chairperson, Ireland's Deputy Prime Minister and Minister for Foreign Affairs and Trade, Eamon Gilmore said at the 19th meeting of OSCE Ministerial Council today.

"I want to express my gratitude to the personal representative of OSCE Chairperson Andrzej Kasprzyk for his active work in the region," he said.
He said that the OSCE is working in the interests of all citizens.
"I urge all to participate in constructive cooperation and demonstrate the relevance of our organisation by 2015 in anticipation of the 40th anniversary of the Helsinki Declaration," Gilmore said.
The conflict between the two South Caucasus countries began in 1988 when Armenia made territorial claims against Azerbaijan. Armenian armed forces have occupied 20 per cent of Azerbaijan since 1992, including the Nagorno-Karabakh region and seven surrounding districts.
Azerbaijan and Armenia signed a ceasefire agreement in 1994. The co-chairs of the OSCE Minsk Group - Russia, France and the U.S. - are currently holding peace negotiations.
Armenia has not yet implemented the U.N. Security Council's four resolutions on the liberation of the Nagorno-Karabakh and the surrounding regions.

The role and importance of the Caspian region are being discussed in the Caspian forum which is organised by the Caspian Strategy Institute and held in Istanbul on Dec.6. 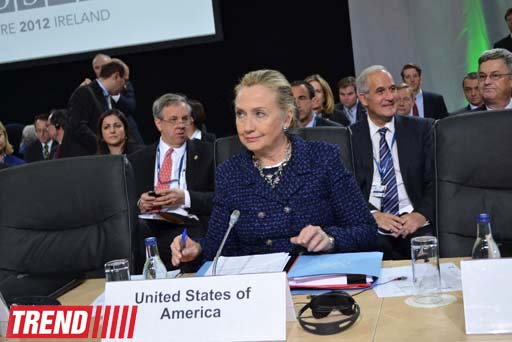 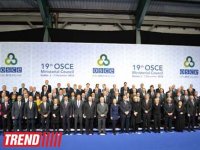