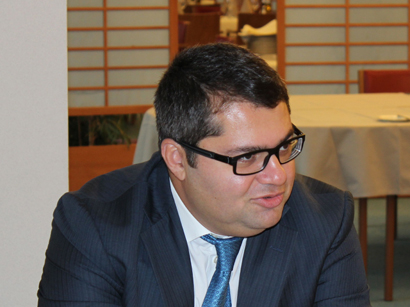 Turkey’s support to Azerbaijan in Nagorno-Karabakh conflict is in line with the international law, said Azerbaijan’s ambassador to Turkey Khazar Ibrahim.

Ibrahim pointed out that Turkey has one clear-cut position on the settlement of the Armenia-Azerbaijan Nagorno-Karabakh conflict.

“It says the conflict should be resolved justly based on the resolutions of the UN Security Council, which demanded the withdrawal of Armenian troops from Azerbaijani territories," he added.

The ambassador said that Armenian aggression against Azerbaijan, occupation of 20 percent of Azerbaijan’s territories is also a regional issue.

“It doesn't allow full regional cooperation and undermines security. It's also a global issue. The region is so pivotal for global interests that it affects every other global issue," Ibrahim said.

The envoy noted that Turkey's policy toward the Nagorno-Karabakh conflict is discernible on every single international platform.

"Turkey is actively pursuing this policy everywhere, be it in the Organization of Islamic Cooperation (OIC) or the UN,” he added.

Azerbaijani officials in talks to provide assistance to Turkey over quake
Politics 14:58
Latest