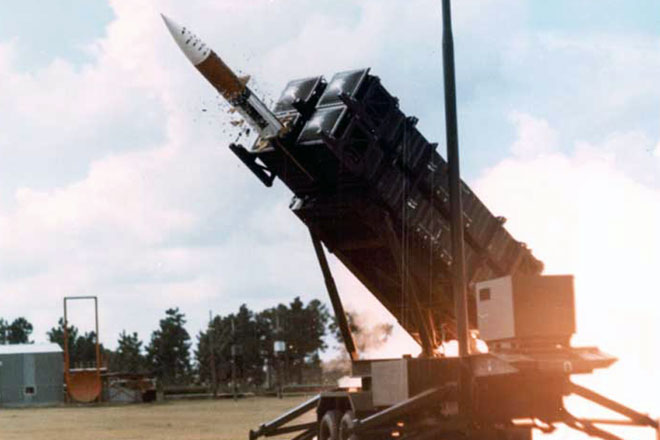 The development of modern missile defense system in Israel will unlikely bring to the escalation of the situation in the Middle East, but experts doubt that this will weaken the resistance of militarized groups on the border with Israel.

Tests of the new missile defense system "Iron Dome", which cost more than $200 million for the Israeli leadership, were successfully completed on Monday. It is planned to install two batteries of this type on combat duty in the Israeli army by November.

Yesterday's tests were conducted to further verify the effectiveness of the system to activate it, spokesman for the Israeli Ministry of Defense Shlomo Dror said.

The incentive to develop a system capable of intercepting missiles of small and medium-range missiles, was the Second Lebanon War in 2006. About 4,000 missiles struck the north of Israel. Long-term fire struck south of the country. Intensity was reduced after the operation 'Cast Lead' that killed a thousand and a half of Palestinians in winter 2008-2009, RIA Novosti reported.

The situation in the Arab-Israeli front remains tense due to the lack of peace talks between Palestinians and Israelis and the Israeli sources of information on the replenishment of the Lebanese group Hezbollah's military arsenal through the supply of weapons from Iran through Syria.

In spring, the Western media reported on mass supply of "Scud" missiles to the military warehouses of Hezbollah in southern Lebanon through Syria, although Damascus has denied this information.
Hamas, however, during one and a half year, stopped rocket attack on southern Israeli towns after the military operation in January 2009.

Experts believe that the neighbors of Israel - Hamas in Gaza and Hezbollah in Lebanon - are not surprised at the development of "Iron Dome", since over the past two years, the Defence Army of Israel has been actively developing this system, but nevertheless, it causes a lot of concerns for them.

Former deputy national security advisor of Israel Charles Freilich thinks that the concerns over the future deployment of new missile defense system are that Hamas and Hezbollah will not be able to freely attack Israel. But no matter how the new system is effective, according to Freilich, it does not guarantee the complete cessation of attacks on Israel from neighboring territories.

"I don't think that it will stop them from trying to hit Israel and no system has hundred percent of active guarantee, but I certainly hope that Israel has learnt from the mistakes and failures of 2006 war, Freilich, Senior Fellow of International Security Program of John F. Kennedy School of Government at Harvard University, told Trend by telephone - In the meantime, the new missile defense system has not been deployed, it is just going throw advanced testing".

"I have not doubt that Hamas and Hezbollah and others will try to develop the further increase of their capability and find ways of getting around the system," the expert said.

Iron Dome is designed for early detection and elimination of multiple objectives in conjunction with other missile defense - "Patriot" and "Arrow". It is able to detect and intercept the 120-millimeter mine.

Ahron Bregman, analyst at Department of War Studies at King's College in London, does not think that the new anti-missile system will provoke Israel's enemies to retaliate in any way, but the lesson of history is that technological developments are always temporary measures and lose their effectiveness over time.

"If the new system will stop Hamas's and Hezbollah's missiles from getting through the two organizations will find other ways and means to continue their war against Israel, Bregman, analyst on security in the Middle East, wrote in an e-mail to Trend. It is important to emphasize that the system was developed to deal with Hamas's missiles, but I'll not be surprised at all if it will also be deployed in the north of Israel: a message to Hezbollah that Israel will not tolerate a repeat of 2006 where Hezbollah's short-range missiles caused havoc in north Israel."

Telling about the features of the new missile defense system, the representative of the Israeli defense ministry pointed out that Israel has developed this system in order to protect its citizens and soldiers.

The response of Hamas and Hezbollah - Israel's closest neighbors, calling for military resistance to the deployment of air defense may be the threat of missile attacks, Dror said. The new missile defense system differs with lightness to move from one point to another. It does not require re-assembly at the new place, the ministry spokesman said.

"For today we have it quite in the north and in the south but nobody knows when it starts. So again, Israel is a very small country, form one side to another it takes 4 hours. So if you put the system to protect the Gaza borders and there will be some problems in the north it will take 4 hours to move the system from one place from another," he said.

Israel will not stop and will continue to develop its military capabilities, he said.

"We have threat that is not existed yet but there will be, we believe in 5-10 years these threats will occur so we prefer for this threat and when it will arrived we already have answer," Dror said.

The developers of the system said that it is able to calculate the trajectory of each identified target and simply ignores the missiles that do not pose a real threat to defensible sites.