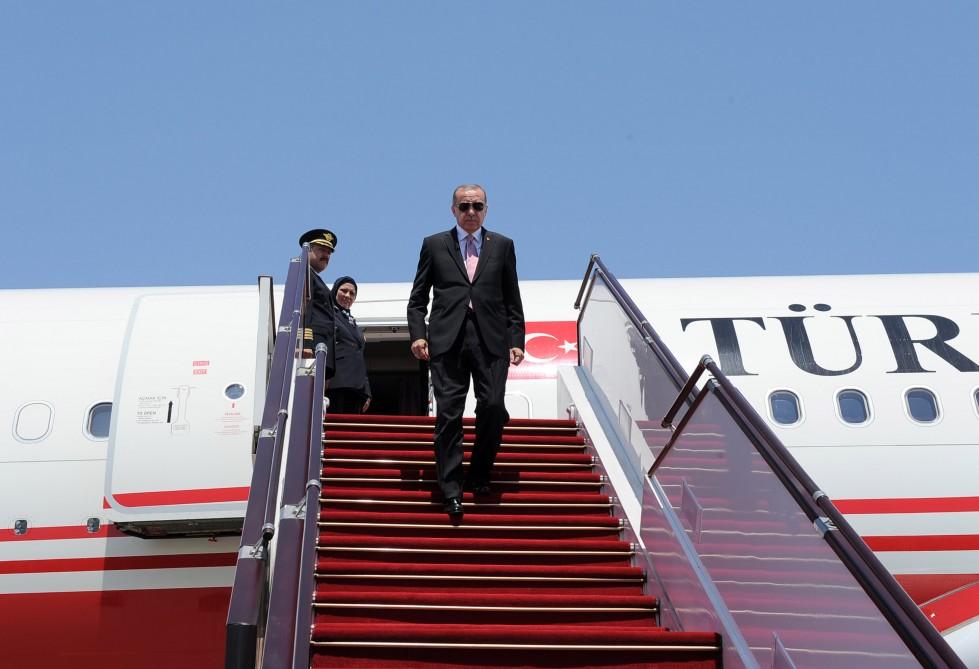 Turkey’s President Recep Tayyip Erdogan has arrived in Azerbaijan on an official visit.

A guard of honor was lined up for the distinguished guest at the Heydar Aliyev International Airport decorated with the national flags of the two countries.