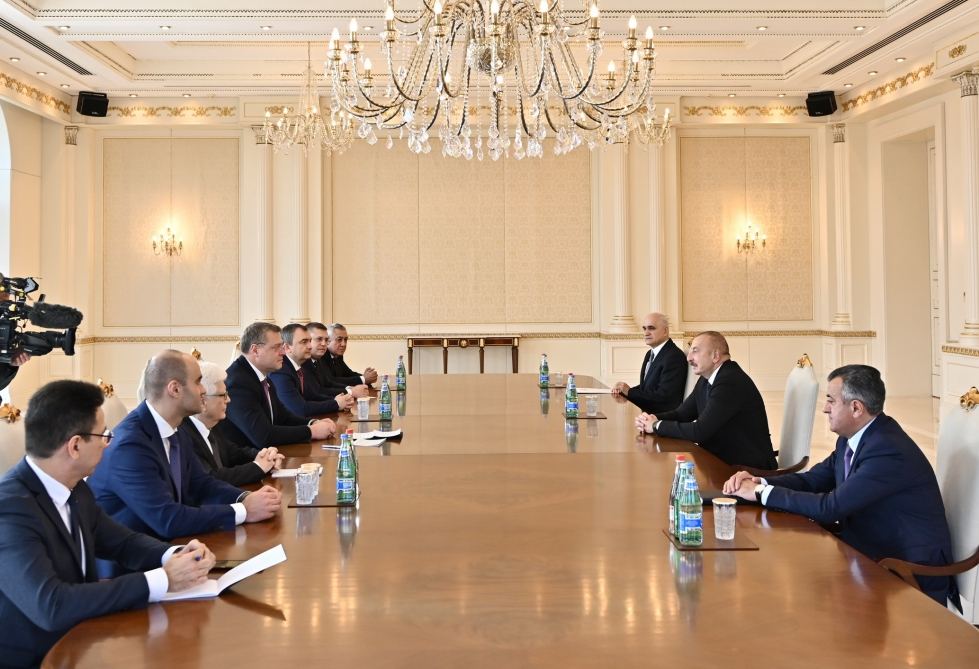 President of the Republic of Azerbaijan Ilham Aliyev has received a delegation led by Governor of the Astrakhan region of the Russian Federation Igor Babushkin.

They recalled with pleasure President Ilham Aliyev's visits to Astrakhan, and emphasized that these visits contributed to the expansion of bilateral relations.

The good potential to increase trade and expand ties in the fields of trade and transport and logistics was underlined during the conversation. The projects successfully implemented by the Heydar Aliyev Foundation in the Astrakhan region were hailed at the meeting.

The importance of the Astrakhan Business Center to be inaugurated today was pointed out, the significance of launching direct regular flights between Baku and Astrakhan was stressed in terms of expanding bilateral cooperation.

The sides exchanged views on prospects for cooperation between Azerbaijan and the Astrakhan region of the Russian Federation and expressed their confidence that the bilateral relations would continue to expand.

Governor of the Astrakhan region of the Russian Federation Igor Babushkin then presented a keepsake to President Ilham Aliyev.