Uzbekistan has been implementing a project since 2016 to launch a modern complex for the production of ammonia and carbamide at Navoiyazot JSC, Huseyn Saidov, the project manager of the complex on the part of the customer (Republic of Uzbekistan), told Trend at a construction site of Navoiyazot JSC during a press tour.

The complex is being built as part of the Uzbek president’s decree on measures to implement the investment project "Construction of the production of ammonia and carbamide at Navoiyazot JSC" dated July 21, 2015.

"The total cost of this project is $985 million," Saidov added. "An EPC contract was concluded at $897 million, while Navoiyazot company’s funds reach $88 million."

"More than 4,500 people were involved in work at the construction site," he added. "The main subcontractors are the Russian company Enter Engineering and the China Cc7 company."

"The equipment was supplied by the Danish company Haldor Topsoe," he said. "This is the most efficient ammonia production technology worldwide."

He stressed that 90 percent of the equipment that has been installed at the site is European and Japanese equipment.

"The construction of a modern complex for the production of mineral fertilizers with the introduction of modern energy-saving technologies not only will contribute to the provision of the domestic market with the products which are in demand but will also greatly affect the increase in the export potential of Uzbekistan as a whole," Saidov said. 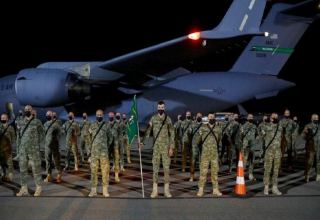