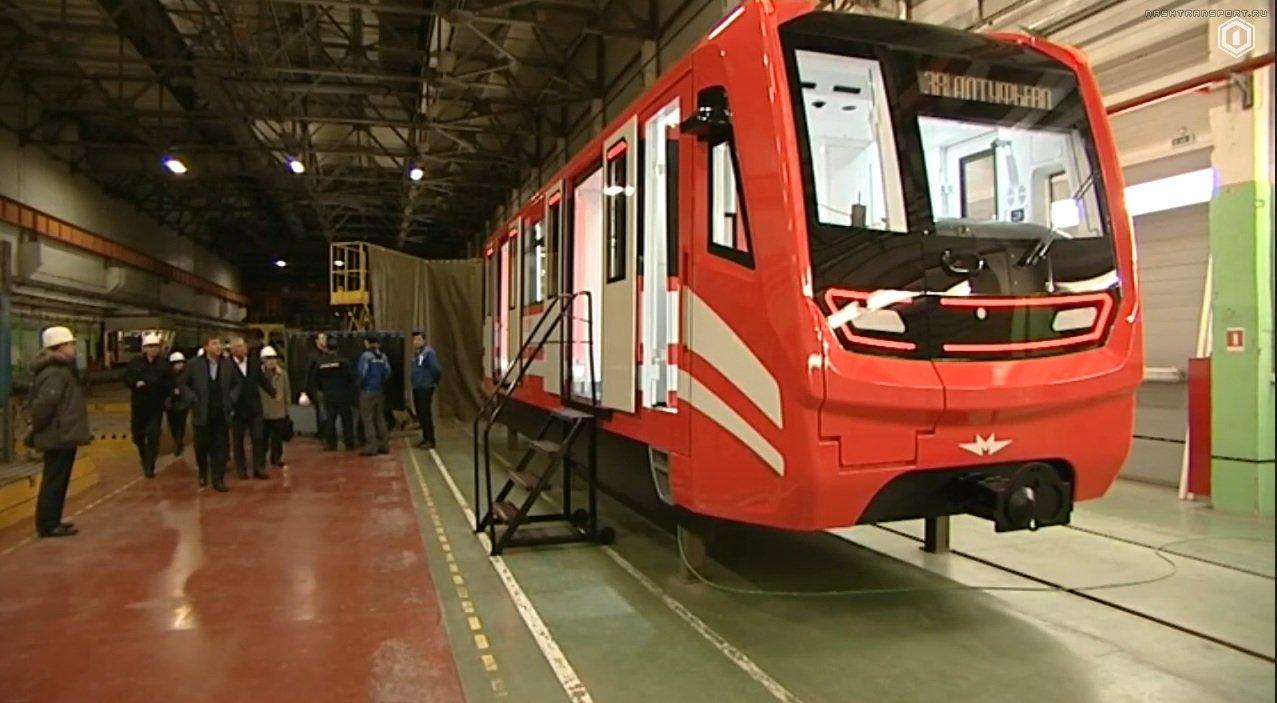 The agreement was signed by Metrovagonmash General Director Boris Bogatiryov and Chairman of Baku Metro Zaur Huseynov. The first supply of the new trains to Baku is expected in March 2018. Fulfillment of the contract is expected during 2018.

Cars of the 81-765/766 series are being manufactured by Metrovagonmash for Moscow subway under the “Moscow” name since early 2017. They feature wider doorways and a new light notification system for door opening/closing compared to the previous models.

The train cars are equipped with reliable ecologic noise and heat isolation systems.

Metrovagonmash and Baku subway has a long history of mutually beneficial cooperation. The facility has supplied Azerbaijani capital with trains since 1967. Baku subway uses 280 train cars of Metrovagonmash.

Last supply of Russian trains was carried out in 2015, when Russian Metrovagonmash jointly with French Alstom delivered three 81-760.B/761.B/763.B five-car trains featuring a through passage to Baku Metro.