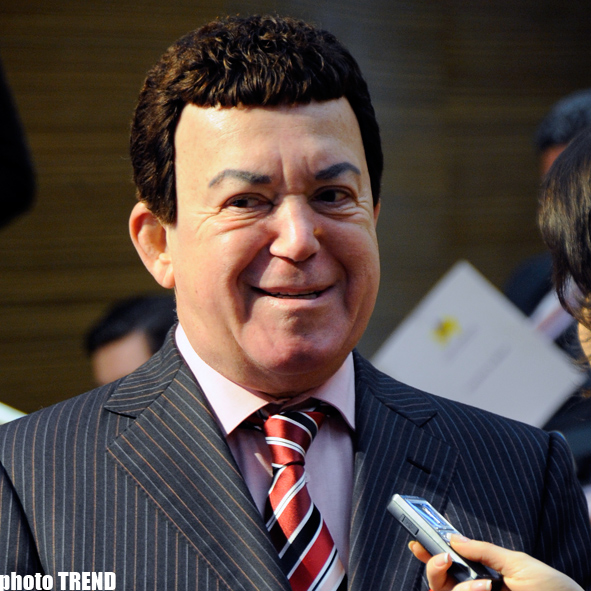 Prominent Russian singer Iosif Kobzon, who became ill during his speech at the World Forum of Spiritual Culture in Astana, is hospitalized in the presidential clinic in Astana, a source in the Russian delegation told RIA Novosti.

Kobzon lost consciousness. The ambulance team provided the first aid to the singer. Kobzon again went to the tribune and apologized for the incident adding that he will continue to report. However, he again became ill.

The forum passes in the Palace of Independence in Astana.

RIA Novosti reported that Kobzon has health problems since 2001. During a tour in Kazakhstan, he got a backache and appealed to the local doctors. Upon returning to Moscow, his temperature rose sharply. Doctors supposed development of septic conditions and their diagnosis was confirmed. According to doctors it may be caused preliminary by a portable catheter inserted into Kobzon' body during a trip to Kazakhstan. The catheter maybe shifted, which could cause infection entering the bloodstream. Kabzon spent several days in intensive care in the Krasnogorsk Military Clinical Hospital with infected blood.

In 2004, Kobzon was operated due to the tumor revealed in the examines.