2014 roads repairs in Kazakhstan made public 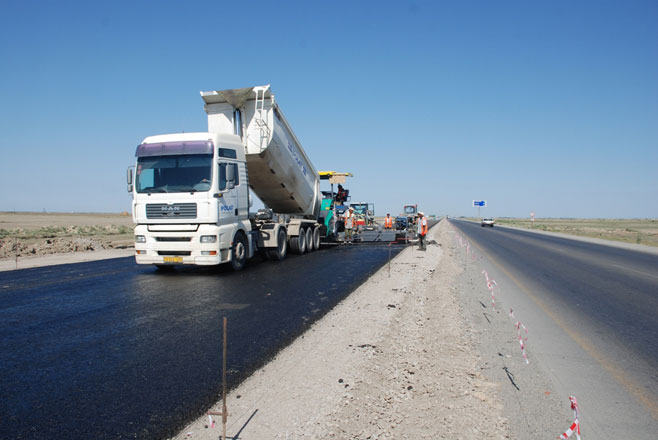 Kazakhstan will repair 2,300 kilometres of roads next year, according to the press service of Kazakh Ministry of Transport and Communications.

Construction works from the country's center to the eastern part are planned to completely cover the section stretching from Astana to Pavlodar in 2014. It is also planned to continue the reconstruction in the Semey-Kalbatau stretch. The construction documents will also be developed for the Kalbatau Ust-Kamenogorsk and Pavlodar-Semey sections.

In 2014 it is expected to commission 238 kilometres of the Beiney-Shetpe section and to start reconstruction of the road's Shetpe-Aktau section.

The reconstruction of the highway at the Western Europe-Western China international corridor will also continue. Kazakhstan's Motor Roads Committee plans to open traffic on 179 kilometres by late 2014.