India to back up insurance for refiners processing Iranian crude 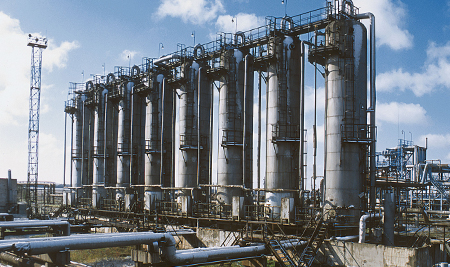 India will provide a 10 billion rupee ($158 million) sovereign guarantee to back local insurance for refineries using Iranian oil, two government sources said, as it tries to boost imports paid for in local currency to ease pressure on the rupee, Reuters reported.

India's crude imports from Iran slumped 75 percent in July from June to just 35,500 barrels per day (bpd) because of problems over insurance for crude from Iran caused by western sanctions which aim to curb its nuclear ambitions.

But with oil imports in dollars swelling India's current account deficit to a record in 2012/13, the government is trying to maximise purchases from Iran, which is now accepting rupees as its hard currency options are curtailed.

The rupee sank to a record low against the dollar last month and is now languishing around 63 to the dollar, swelling the import bill, pushing up inflation and straining public finances.

"It was finalised yesterday in a meeting with the petroleum secretary. An energy pool will be set up with a sovereign guarantee," one of the sources, both of whom have direct knowledge of the matter, said.

India had originally been considering a sovereign guarantee of 20 billion rupees to back the local insurance. It was not immediately clear why the government had decided to halve the amount or whether it would be sufficient for insurers.

The maximum claim that has arisen so far in the Indian refining sector is 5 billion rupees.

"The issue has been resolved. GIC (local reinsurer General Insurance Corp) will manage the pool. In case there is any mishap or something, then they will pay," the second source said.

The government is taking a range of measures to cut its import bill including raising duty on gold shipments to a record 10 percent and making airline passengers pay duty on imports of flat-screen televisions, but oil is still about 34 percent of the total import bill.

India's oil minister Veerappa Moily is targeting raising imports from Iran to around 260,000 bpd, aiming to save about $8.5 billion from the oil bill which totalled $144 billion last year. In total, Moily wants to save $22 billion this year.

That level of imports from Iran would be only about 6,000 bpd lower than the average for fiscal 2012/2013 and would virtually wipe out cuts by India that won it a waiver from Washington's sanctions.

"We pay Iran in rupees, so the more we import from Iran the better it is," the first source said.

India, together with Iran's other major clients China, Japan and South Korea, had won a waiver from U.S. sanctions after cutting back on its imports, which fell 46 percent in the first seven months of the year to about 185,700 bpd.

Indian refiner Mangalore Refinery and Petrochemicals Ltd resumed imports from Iran in August after it secured local reinsurance for claims up to 5 billion rupees. MRPL, once Iran's biggest Indian client, halted imports in April due to lack of insurance cover.

The sovereign guarantee "will essentially provide comfort to the insurance companies to the extent that they will provide cover without going to reinsurers abroad," MRPL's managing director P.P. Upadhya told Reuters.

"There will be no change in our strategy to buy Iranian oil," he added.

India had been depending on European markets to hedge its risk but European reinsurers have added a clause in contracts with Indian firms that meant claims arising during processing of Iranian oil would not be met, because of sanctions.