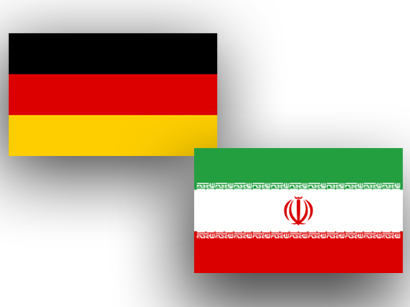 Iran and Germany joined in Tehran in an economic forum today to discuss the ways and means of boosting ties and sign several cooperation documents, but the event at some point turned into a political repartee between officials from the two sides.

The dispute erupted when Uwe Beckmeyer, parliamentary state secretary at the German

Federal Ministry of Economic Affairs and Energy, who was leading the German delegation, said Germany's long-term economic cooperation with Iran rests upon the "precondition" that Iran recognizes and acts in a friendly way toward Israel, Trend correspondent reported from the German-Iranian Business Forum held at the Iranian Ministry of Economy headquarters in Tehran's Grand Bazaar May 3.

"The Palestinian right to authority is nonetheless needed to be recognized," Beckmeyer observed, but went on to list a number of topics that he believed Iran needs to take care of if it eyes long cooperation with the European country.

"Human rights, juristic laws, the rights of minorities, and eliminating death sentences are areas in which you need to take serious and effective steps," the German official said.

A few minutes later, Iranian Ambassador to Berlin Ali Majedi speaking from the same podium made strong objection to the statements, calling for attention to a broader scope of affairs.

"If you are worried about human rights, you should pay attention to the many people in this region who are losing their lives because of terrorist acts.... If you are worried about security, the roots of insecurity lie in economic and cultural poverty. The security of many countries is at stake today. One cannot ignore one country and take another's side.... If Europe is looking for a solution to the refugee crisis, development and stability and security are needed. Improving life standards is needed in order to fight terrorism effectively. A regional center for production is needed where big international companies can come to and serve both that country's market as well as the regional market. If you know of any better place than Iran for that, show it to us.... We want development for the entire region," Majedi said.

"I thank Germany for its brilliant cooperation in the past. Germany has almost always been our first or second economic partner. I hope there is not a solely economic view in taking such measures as this, but rather a developmental outlook underlies them," he added.

But things did not happen only during the forum. A day before the event, there already existed in Iran speculations about a relation between Israel and the German delegation's trip to Iran.

The Iranian state-run TV in a news program on Monday raised the question if the reason why Sigmar Gabriel, the minister for economic affairs and energy as well as vice chancellor of Germany, cancelled his trip to Iran due to "Zionist lobbyism" rather than illness.

Initially, the German economic delegation had been scheduled to be headed to Iran by Gabriel, but later it was announced that he had a health issue and could not accompany the team.

Speaking on the sidelines of the forum, the Iranian ambassador expressed great surprise over Beckmeyer's statements, saying the German official had better raised the issue during a private meeting in the afternoon.