APC carrying Georgian soldiers blown up by mine in Afghanistan

Georgia Materials 21 November 2013 19:28
An armoured personnel carrier (APC), which was carrying Georgian soldiers serving in the ISAF mission, was blown up by an IED in Afghanistan. 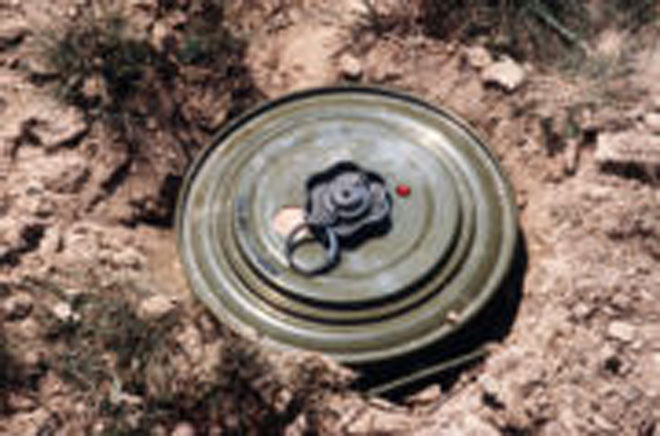 An armoured personnel carrier (APC), which was carrying Georgian soldiers serving in the ISAF mission, was blown up by an IED in Afghanistan.

A Georgian Defence Ministry's message dated Nov. 21 said that no one was injured in the mine explosion.

According to the message, the Georgian soldiers were conducting a special operation codenamed Semkep. Its purpose was to counter the free movement of Taliban in the area, the creation of buffer zones, strengthening the protection of the "red line" and ensuring the security of the local population. Soldiers of the Batumi Separate Infantry Battalion also took part in the operation.

According to the message, the MRAP armoured personnel carrier was blown up by a homemade mine during a patrol of the Afghan village of Shin Karez, but none of the crew members were injured. Soldiers from the rapid military reaction force and sappers arrived at the scene on orders of the special operations commander.

The message said the special operation, which lasted for seven hours, was successfully completed. U.S. soldiers from GLT and the Air Naval Gunfire Liaison Companies (ANGLICO) fire support units also took part in the special operation. According to the message, the safety of the operation was also provided by U.S. military helicopters.