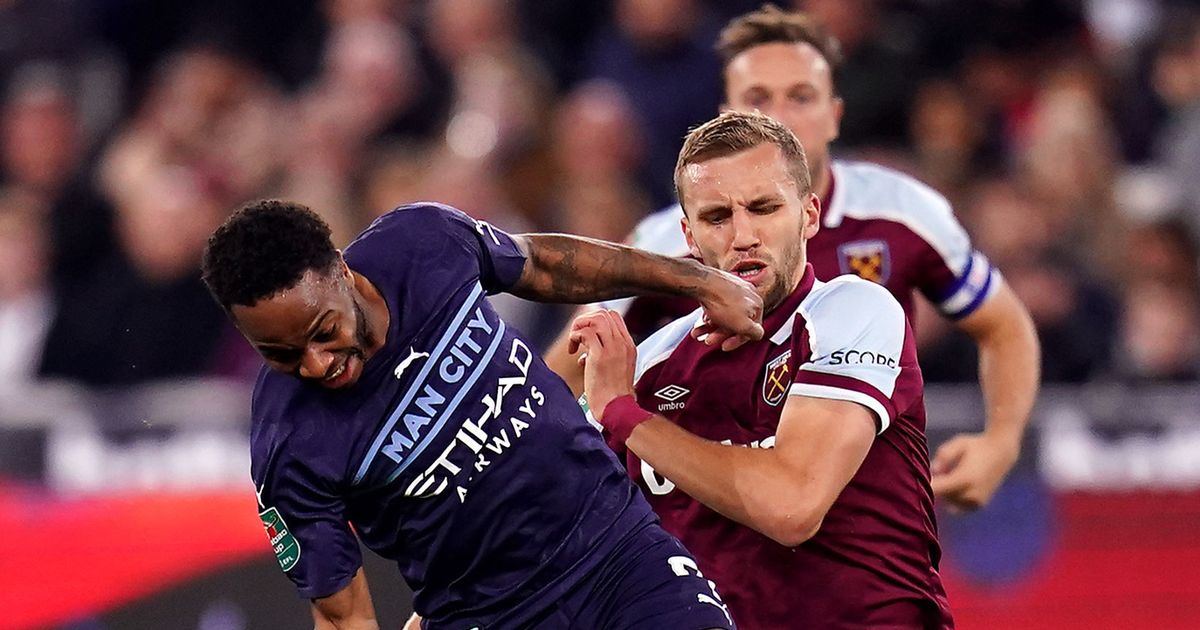 Manchester City came back from two goals down for the first time under Pep Guardiola to earn a point at West Ham that means victory over Aston Villa on the final day will see them crowned champions, Trend reports citing BBC.

City's grip on the Premier League title was looking distinctly shaky at the break as the Hammers led thanks to Jarrod Bowen's well-taken double.

But Jack Grealish struck for the visitors four minutes after the re-start and Vladmir Coufal headed Riyad Mahrez's free-kick into his own net as City avoided defeat after coming back from two goals down in a top-flight game for the first time since 2012.

They even had a chance to win it five minutes from time but Lukasz Fabianski saved Mahrez's penalty after Craig Dawson had fouled Gabriel Jesus.

Guardiola looked devastated at that. But given the situation they found themselves in at the break, with Liverpool potentially having the chance to catch them when they play on Tuesday, the final outcome was positive for the visitors.

It certainly was for West Ham, who have qualified for European football through their league position in successive seasons for the first time in their history.