Ronaldo scores two for Real but is sent off again 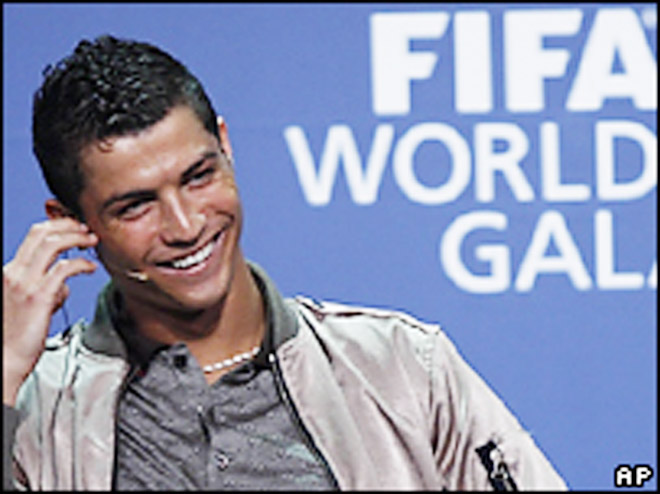 Cristiano Ronaldo again went from hero to villain for Real Madrid on Sunday.

The Portuguese winger scored both goals in the 2-0 home defeat of lowly Malaga, but was sent off 20 minutes from time for elbowing defender Patrick Mtiliga, dpa reported.

This is Ronaldo's second sending-off and he faces a suspension of two or three matches. In December's 4-2 thrashing of Almeria he scored a brace - then was sent off.

Defender Raul Albiol refused to criticize Ronaldo on Sunday, saying that "the important thing is that he scored both of our goals tonight."

Real made an uncertain start, to the chagrin of the Estadio Bernabeu, and Malaga had chances to take an early lead. In the 36th minute, however, Kaka and Guti set up Ronaldo to make it 1-0 with a right-foot shot.

Just four minutes later Ronaldo made it 2-0 with one of his trademark long drives, after taking a pass from Guti.

The world's most expensive player blotted his copybook in the 71st minute, when he angrily elbowed Mtiliga and got a fully deserved red card.

Even so, Real had few problems in holding out against their inoffensive opponents.

Earlier on Sunday, Valencia had been held to a 0-0 draw away to lowly Tenerife on Sunday, which leaves them third, five points behind Real.

Valencia coach Unai Emery opted to praise Tenerife rather than blame his own players. "The result is fair," he said, "because they pressed us hard and were very ambitious."

Valencia are five points ahead of fourth-placed Mallorca, who were relieved to battle out a 1-1 draw away to Espanyol on Sunday. Mallorca needed a late penalty from Borja Valero to claim a draw, after Pablo Osvaldo had given Espanyol the lead.

Mallorca are level on 34 points with Deportivo Coruna, who beat Athletic Bilbao 3-1 on Saturday, but who lost left-back Filipe Luis for the rest of the season with a broken leg.

Sevilla, who beat Almeria 1-0 on Sunday, are sixth with 33 points.

Later on Sunday Getafe beat capital city rivals Atletico Madrid 1- 0, to move up to seventh. The only goal came in the 38th minute, when Manu del Moral skilfully turned in a centre from the energetic Pedro Leon.

Atletico, crippled by the sending-off of anchorman Paulo Assuncao, never looked capable of turning the match around.

At the same time as Assuncao and company were crashing in Getafe, Atletico were completing the sale of midfielder Cleber Santana to Brazilian club Sao Paulo.

Sunday's other games all had relegation significance.

Bottom team Xerez crashed 2-1 at home to Osasuna, Zaragoza went down 4-2 in Villarreal. Racing Santander, meanwhile, pulled themselves above the danger zone with a 1-0 win away to local rivals Sporting Gijon.

Xerez, now under Argentine Nestor Gorosito, have just eight points. Then come Zaragoza on 14, and three teams on 17: Tenerife, Valladolid and Malaga.