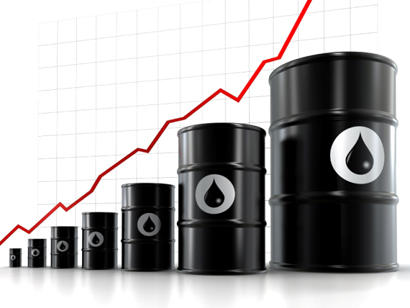 Oil prices rose nearly 2% on Friday as tensions brewed again in the Middle East after a U.S. Navy ship destroyed an Iranian drone in the Strait of Hormuz, a major chokepoint for global crude flows, reports Trend citing to Reuters.

Benchmark crude prices were still on track for their biggest weekly decline in seven weeks, having fallen sharply earlier in the week on hopes for easing Middle East tensions as well as demand concerns and a dwindling storm impact.

“The Fed backstop and the report of the U.S. Navy shooting down an Iranian drone are providing a modicum of support for oil markets amidst a very bearish landscape,” he said.

The United States said on Thursday that a U.S. Navy ship had “destroyed” an Iranian drone in the Strait of Hormuz after the aircraft threatened the vessel, but Iran said it had no information about losing a drone.

Still, the longer-term outlook for oil has grown increasingly bearish.

The International Energy Agency (IEA) is reducing its 2019 oil demand growth forecast to 1.1 million barrels per day (bpd) from 1.2 million bpd previously due to a slowing global economy amid a U.S.-China trade spat, its executive director said on Thursday.

“We do believe that oil market fundamentals are at an inflection point. Non-OPEC supply will grow by over 2 million bpd in 2020, while demand growth is weak,” said Jason Gammel, analyst at Jefferies.

“The OPEC+ decision to extend production cuts should be sufficient to draw down OECD inventories through the end of the year, but these cuts will need to be extended through 2020 just to keep the oil market near balance.”

Speculators have exited options positions that could have provided exposure to higher prices in the next several years, market participants said on Thursday.

U.S. offshore oil and gas production has continued to return to service since Hurricane Barry passed through the Gulf of Mexico last week, triggering platform evacuations and output cuts.