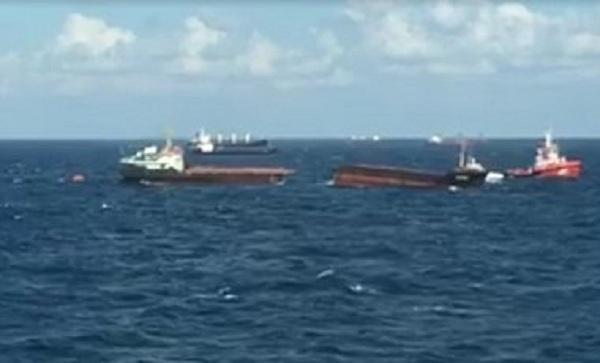 The Turkish Coast Guard on Sunday blocked Greece's defense minister from approaching a pair of Turkish islets in the Aegean, according to Turkey's Interior Ministry, Daily Sabah reports.

Coast guard officers warned off Panos Kammenos, who was heading to the Kardak islets located 3.5 miles off the coast of Bodrum in Turkish mainland, in an assault boat to lay a wreath there.

In a statement, Turkish Interior Minister Süleyman Soylu said the coast guard units "did what was necessary."

A statement from the Turkish Armed Forces said that navy and coast guard ships have prevented a Greek navy ship and a coast guard board from entering Turkish territorial waters near Kardak, also known as Imia in Greek.

A decades-long dispute between Turkey and Greece over the uninhabited Aegean islets brought the two countries to the brink of armed conflict in 1996 and led to renewed tensions this year.

The Kardak islets are a pair of two small uninhabited islets, situated between the Greek island chain of the Dodecanese and the southwestern mainland coast of Turkey.

The crisis was triggered when a Turkish vessel shipwrecked on the islets on Dec. 25, 1995. Greece claimed that the accident took place on its territorial waters, which Turkey denied, claiming that the islets belonged to Turkey.

The Greek military sent a soldier to plant the Greek flag on an islet in the east, resulting in the deployment of troops from both countries around the islets.