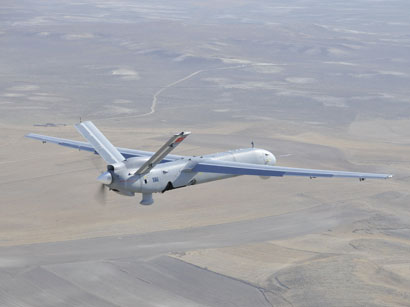 The Turkish drones began to fly over northern Syria to observe the territory as part of the agreement on the creation of a security zone in northern Syria reached between the US and Turkey, Trend reports on Aug. 14 referring to Turkish media.

As reported, Washington and Ankara reached an agreement on August 14 to establish a coordination center in Sanliurfa province in Turkey to create a security zone in Syria.

Turkish Minister of Defense Hulusi Akar stated earlier that Turkey and the US would soon launch a coordination center for the creation of a security zone in Syria.

According to Akar, the US knows that Turkey will not allow “the creation of any formations” at its borders. He noted that Turkey insists on the depth of the security zone in northern Syria to be 30-40 kilometers. Akar stressed that the US should seize weapons from PYD / YPG terrorists.