Politics Materials 3 July 2011 03:12
5th Baku Summer Energy School of the Azerbaijan Diplomatic Academy (ADA) began its work on July 2 and will continue it until July 16, an academy representative told Trend. 5th Baku Summer Energy School of the Azerbaijan Diplomatic Academy (ADA) began its work on July 2 and will continue it until July 16, an Academy representative told Trend.

The school, organized jointly with the SOCAR (State Oil Company of Azerbaijan), will be attended by the representatives of the Environment and Natural Resources and the Industry and Energy Ministries, the State Oil Fund, as well as foreign oil and gas companies operating in Azerbaijan. Lectures will be delivered by well-known university professors of the Caspian Region, American universities of Rice and Texas A&M. Representatives of the Nabucco project, experts from leading European institutes of higher education will share their experiences.

The school will discuss the economic and political fundamentals of energy policy, its contribution to regional development and other issues. Young diplomats from foreign countries, students will explore the trends in the energy market of Azerbaijan, legal, economic and environmental aspects of the energy market, areas of transnational, local and foreign oil companies' activities.

Deputy Foreign Minister of Azerbaijan, the rector of the Diplomatic Academy Hafiz Pashayev has stressed the importance of the program, saying the participants will be talking to each other, and the information and experience acquired will be used by them in their future research papers.

Noting that the previous four summer schools have been successful, Pashayev expressed confidence that the current program would also be effective.

42 participants from 17 countries, including Turkey, Poland, Greece, Hungary, USA and Iran won the right to education in the Summer School.

About 140 representatives of 37 countries have been the students of the ADA Summer School so far.

Upon completion of the program participants will receive certificates. 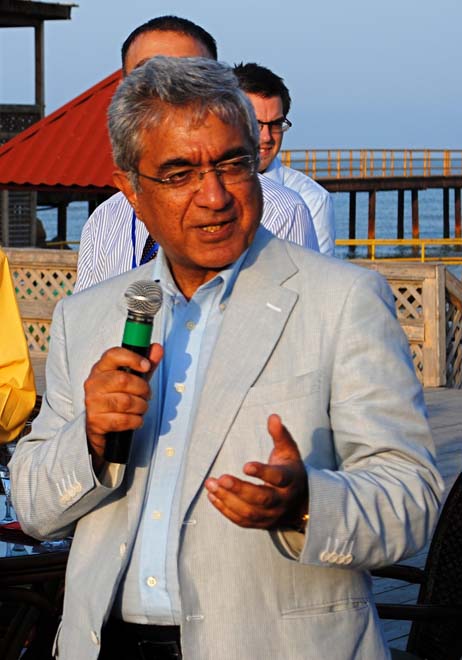