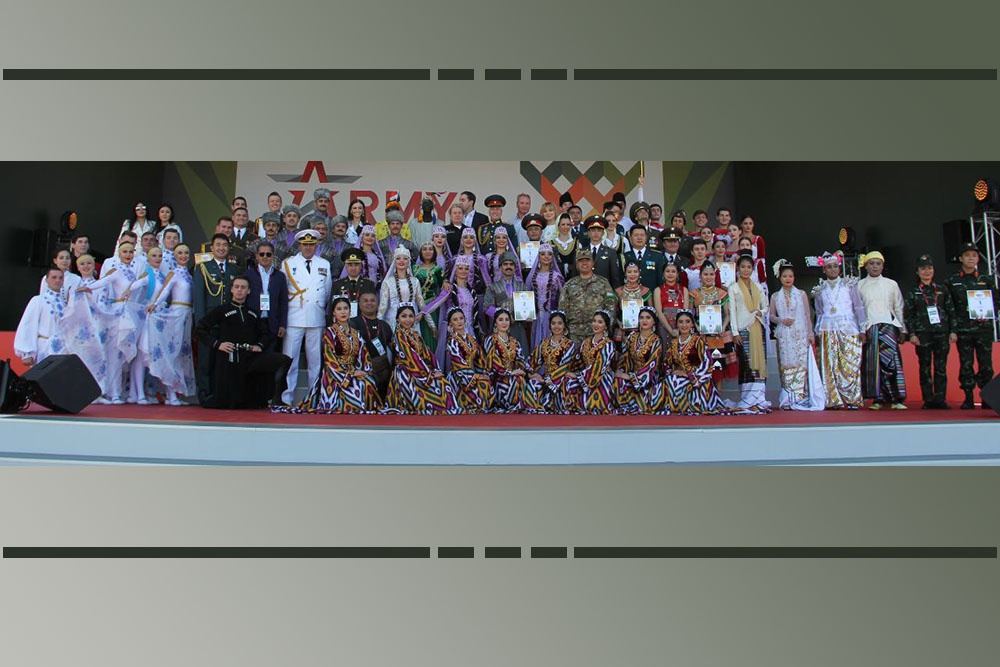 Azerbaijan was represented by the Song and Dance Ensemble of the Army Ideological and Cultural Center named after Hazi Aslanov in the song and dance contests of the "Friendship Without Borders" Festival of National Cultures held in Moscow as part of the International Army Games – 2020, the Azerbaijani Defense Ministry told Trend on Sept. 3.

At the festival, servicemen performed songs, martial music, and dances of their country and others.

National martial music performed by our servicemen and dances in national costumes to music performed on Azerbaijani traditional musical instruments won the sympathy of the jury and the audience.

The Song and Dance Ensemble of the Army Ideological and Cultural Center named after Hazi Aslanov, which successfully performed at the festival, took first place in the "Golden Voice" vocal nomination and second place in the "Dance rhythms" nomination.