Society Materials 7 December 2016 10:11
Bakcell, The First Mobile Operator and the Leading Mobile Internet Provider of Azerbaijan, and the Association of Football Federations of Azerbaijan (AFFA) have organized a meeting with the winners of the “Manchester United” 4th Summer Soccer School. Bakcell, The First Mobile Operator and the Leading Mobile Internet Provider of Azerbaijan, and the Association of Football Federations of Azerbaijan (AFFA) have organized a meeting with the winners of the “Manchester United” 4th Summer Soccer School.

At the said meeting held at the Baku Olympic Stadium, five children, who have demonstrated the best results during the training sessions organized at the “Manchester United” Summer Soccer School in Baku, were presented certificates that represent entitlement for a trip to the city of Manchester.

During the trip to the UK, which will take place December 10-15, 2016, the young talents will get acquainted with the MU club and have an opportunity to watch a live game at the stadium. All the expenses for the trip will be covered by the side of Bakcell.

“We are doing our best in order to create favorable conditions for the children at the Manchester United Summer Soccer School, which is organized annually in partnership with the AFFA and Manchester United,” says Chief Marketing and Sales Officer of Bakcell Mr. Fedja Hadzic.

“These children are the future of Azerbaijani football and we are all very proud of them,” he said. “We hope that this year, just like in the previous years, the children who travel to Manchester will properly represent Azerbaijan in the first place, and naturally their relevant football clubs. We wish our young, talented footballers every success on behalf of Bakcell, AFFA and “Manchester United” football club”.”

“Manchester United” Summer Soccer School plays an important role in the development of children's football and promotion of grassroots football in our country,” he said. “Children, who have distinguished themselves at the trainings organized in Baku, have the opportunity to travel to the city of Manchester (UK), visit the Old Trafford stadium, and spend some time at the camp of the Manchester United FC.”

“All of the above increases the children’s interest in football by leaving some unforgettable impressions in their memories,” he said. “We are hopeful that this project will go on for many years to come, highly appreciating Bakcell’s support of the Azerbaijani football, and believe that our cooperation will yield positive results in the future as well”.

It should be noted that during the month of September of the current year, 32 young talents aged 9-12, who have successfully passed the selection rounds held with the support of AFFA, have participated in the training sessions at the “Manchester United” Summer Soccer School conducted by coaches delegated by the Manchester United Soccer School to Azerbaijan.

With a long term partnership contract Bakcell is Manchester United’s first official telecommunications and broadcast partner in all CIS countries, bringing a range of unique and exclusive content to the country’s football fans and in particular the fans of Manchester United. 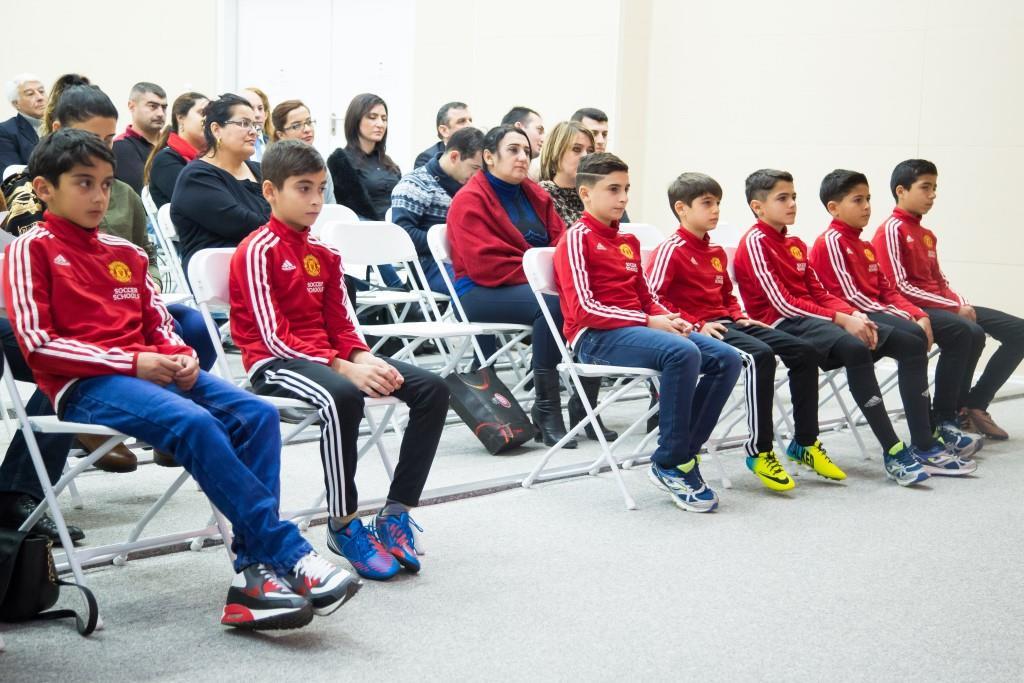