The award ceremony of the children's art competition dedicated to the 100th anniversary of the Azerbaijan Democratic Republic and Earth Day was held in Baku at the Children and Youth Development Center No. 3.

The competition was organized by the National Children and Youth Development Center of the Ministry of Education of Azerbaijan, the U.S. Embassy in Azerbaijan and the "Resm" jewelry brand.

The Director of the National Children and Youth Development Center of the Ministry of Education Firuza Sultanzade, founder and designer of "Resm" Rasmina Gurbatova noted that, the objectives of the art competition is to stimulate interest in children aged 6-16 to the Earth Day and environmental problems.

Nearly 500 works, including the selected 115 works that meet the criteria of the contest, were submitted to the contest. Afterwards, 60 works were selected, which are presented at the final exhibition. The authors reflected their views on environmental protection.

The competition was held in three age categories - 6-8, 9-12 and 13-16 years. The jury determined the winners in five categories - creativity; compliance with the given topic; skill and complexity of execution; reflection of national elements (ornaments, architecture, etc.); and description of the work.

Meanwhile, Heidi Smith, the Cultural and Educational Affairs Officer of the U.S. Embassy in Azerbaijan noted the importance of the competition.

It was emphasized that, it is remarkable that such a large number of children have submitted their works, and the competition was a wonderful opportunity for them to show their creative talent, and to express their views on environmental protection. Active participation of children in the competition shows how seriously and responsibly they approach this topic.

Further, the participants of the event were showcased a presentation on environmental protection. Children were informed about the reasonable consumption of water, competent energy saving, etc.

The winners were awarded diplomas and gifts.

Then the participants of the event got acquainted with the works in the exposition.

The participants presented not only their works of art, but also a small description of the work, which revealed the idea of the work and their attitude to environmental protection. All the works of young authors showed their caring attitude to the future of the planet.

In turn, the adults noted that, it is important to instill in a child the love of the environment beginning from the early childhood, and this competition contributes to this cause. 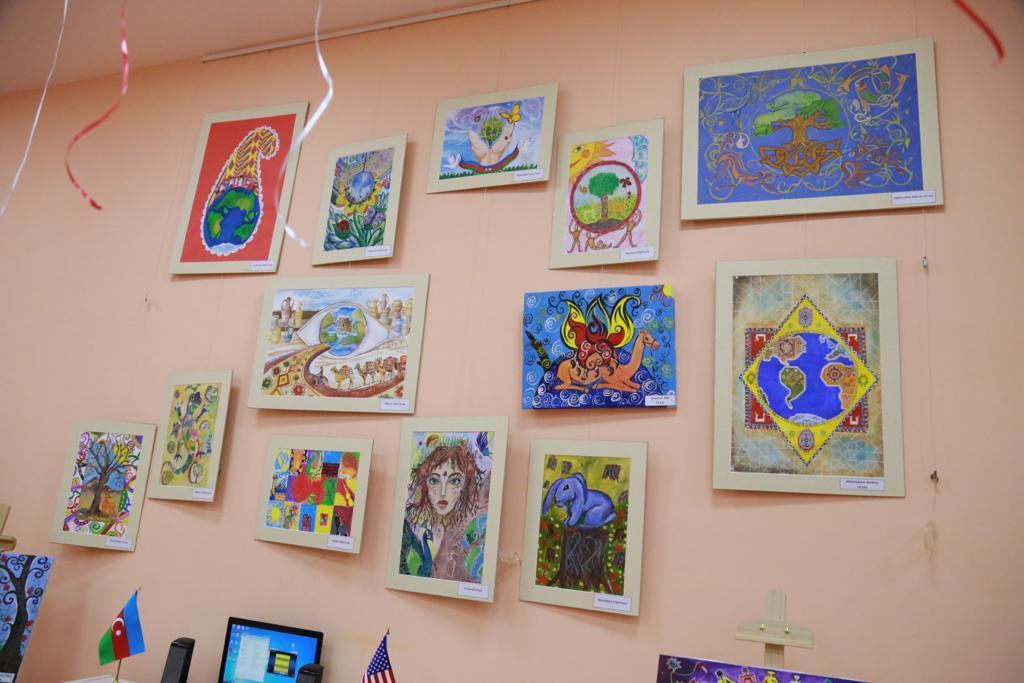