Labor pensions’ insurance part to be increased in Azerbaijan in 2014 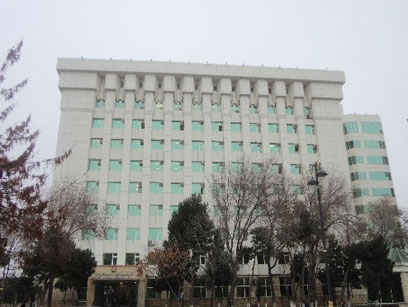 Mehdiyev made the remarks during the discussion of the country's budget package for 2014 at the Milli Majlis (parliament) of Azerbaijan.

"Incomes and expenses of the fund in the future will account for 2.928 billion manats, which is 11.2 per cent more than the figure for the current year. The costs of financing benefits within the funds expenditures will increase by 3.2 million manats and the other expenses will grow by 4.3 million manats. Regarding SSPF's incomes, some 78 per cent of the fund's revenues in the coming year will be provided through social security payments and 22 per cent via transfers from the state budget," Mehdiyev said.

According to Mehdiyev, next year the insurance part of labor pensions will grow by 11.2 per cent or 128.4 million manats.

"Given the expected year-end inflation rate of 3.3 per cent, some 27.7 million manats out of this amount will be used for the planned increase in the insurance part of pensions from January 1, 2014 in connection to their indexation and other 100.7 million manats will be used to ensure increase of pensions for groups receiving special allowances (servicemen, civil servants, etc.), as well as funding the difference between the pensions of citizens, who are included into the system and withdrawn from it," Mehdiyev said.

According to the SSPF deputy head, as a result of this the average pension in the country will grow by 10.8 per cent to 183 manats.

PM: Tax base expanding in Azerbaijan as a result of implemented reforms
Economy 09:23
Most popular