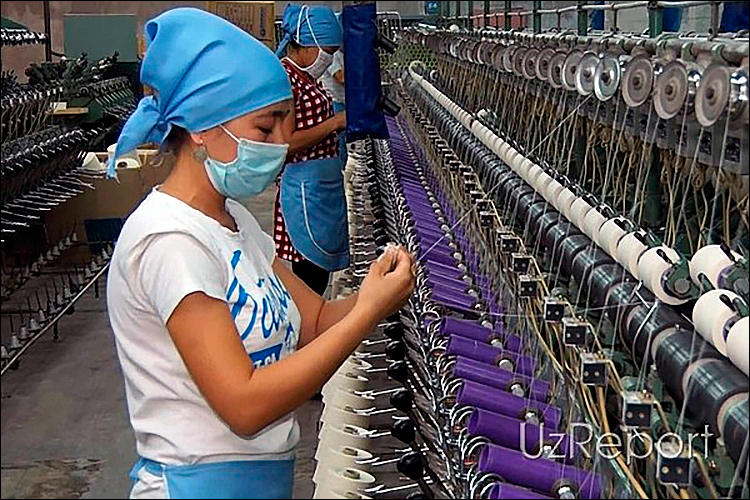 The Embassy of Uzbekistan in Paris organized a video conference between the head of the IDEAL company, Bakhtiyor Umarov, with the manager of the French company Shirts-U, Laurent Pons, and the president of the Paris International Academy of Fashion (AICP), Jean-Philippe Vauclair.

During the meeting, the French side was informed that the textile industry has become one of the most advanced sectors of the economy of Uzbekistan. It was noted that today it unites more than 7,000 enterprises and 230,000 employees.

During the negotiations, Laurent Pons expressed his readiness for a long-term partnership with Uzbekistan in the field of textile production.

The French side is ready to order more than 10,000 men's suits. The manager also noted the readiness of Shirts-U to become the exclusive agent of Uzbekistan for the French market.

“The second step of the partnership will be the production of semi-traditional clothing, as well as the preparation of custom-made suits,” said Pons.

An agreement was reached on Laurent Pons' visit to the Namangan region in Uzbekistan in October this year to conduct substantive negotiations on technical aspects of production, logistics, and other issues.

Bakhtiyor Umarov the head of the IDEAL Company expressed the readiness of the Uzbek side to a fruitful cooperation with French partners.

“The technical capabilities of IDEAL meet international standards and allow the production of suits following the technical parameters of the French side,” Umarov noted.

Shirts-U is an independent manufacturer of bespoke garments and small series of ready-made garments in France. The company produces and sells serial suits, jackets, vests, trousers, coats in cooperation with French and foreign partners.