A senior official from Iran's oil ministry says that the ministry pays monthly $1.1 billion of its revenues for cash subsidies.

Moazzami went on to add that these commitments seriously harmed development in oil industry in recent years.

Earlier in April Iran's president, Hassan Rouhani announced that the government spends about $1.4 billion (based on then official rate of 25,500 rials per each USD) per month on the cash subsidies for citizens.

The cash subsidies impose about $392 million deficit in the budget per month for administration, he noted.

The administration of former president Mahmoud Ahmadinejad implemented the first stage of the subsidy reform plan toward the end of 2010.

The plan is aimed at easing pressure on state finances by cutting tens of billions of dollars from government subsidies on food and fuel. The government pays cash to citizens as compensation for increased prices by cutting subsides.

In the first stage the government paid 45,500 rials to citizens to compensate for a partial cut of subsidies.

It is estimated that the government will acquire 480 trillion rials in the current Iranian fiscal year (March 2014-March 2015) in revenues through the implementation of the second phase of the economic reform plan. 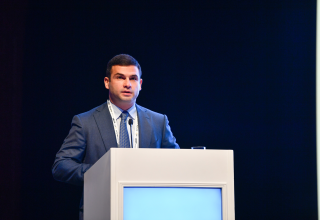