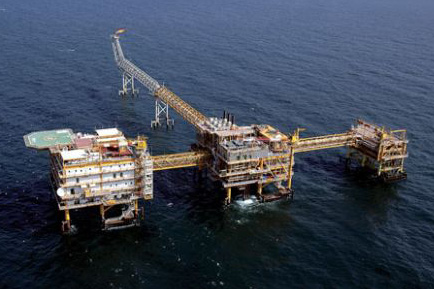 The development of the phase 19 has progressed by 75 percent both in offshore and onshore sections, Iran's Mehr news agency reported on May 28.

The phase 19 of the South Pars gas field is developed to produce 50 million cubic meters (mcm) of gas, 77,000 barrels of gas condensate, one million tonnes of ethane and 1.1 million tonnes of liquefied natural gas per day.

Iran is currently producing 300 mcm of gas from South Pars per day.

The country, which ranks second in the world for its natural gas reserves after Russia, has been trying to enhance its gas production by increasing foreign and domestic investments, especially in South Pars gas field.

The South Pars gas field, divided into 28 phases, is located in the Persian Gulf on the common border between Iran and Qatar. It is estimated that the field contains 14 trillion cubic meters of gas and 18 billion barrels of condensate.

Gas processing plants at Iran’s South Pars field to be connected to each other
Business 3 December 2019 15:07