The European Union’s Brexit negotiator said on Monday it was difficult to see a way to break the Brexit impasse as British Prime Minister Boris Johnson’s demand to drop an insurance policy for the Irish border was unacceptable, Trend reports citing Reuters.

More than three years after the United Kingdom voted by 52%-48% in a referendum to leave the European Union, the future of Brexit remains uncertain, with options ranging from a turbulent no-deal exit to abandoning the entire endeavor.

Hopes of an deal to ease the transition were stoked when Johnson said the shape of an accord was emerging and European Commission President Juncker said an agreement was possible.

But EU negotiator Michel Barnier cast doubt on the likelihood of a deal and reaffirmed that the bloc could not agree to London’s demand to remove the Irish “backstop”, a policy to prevent a return of border controls on the island of Ireland - without a serious alternative.

“I am sure you understand this is unacceptable,” Barnier said during a news conference in Berlin alongside German Foreign Minister Heiko Maas.

EU sources said no proper alternative for the border between Northern Ireland, a British province, and Ireland that ensures the integrity of the EU single market and customs union has been proposed yet by London, so no breakthrough is on the cards.

In a quip about British talk of virtual checks on the border, Barnier said: “I don’t know how to inspect a cow with virtual methods.”

“Based on current UK thinking, it is difficult to see how we can arrive at a legally operative solution which fulfils all the objectives of the backstop. It is in a very sensitive and difficult phase,” he said.

Johnson has vowed to take Britain out of the EU by the current deadline of Oct. 31, with or without a transition deal.

With the outcome of the marathon Brexit process still mired in doubt, the United Kingdom Supreme Court will rule on Tuesday whether Johnson’s Aug. 28 decision to suspend parliament was unlawful. 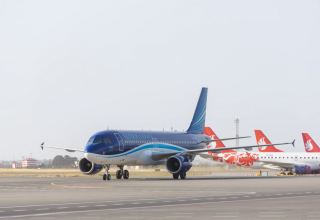