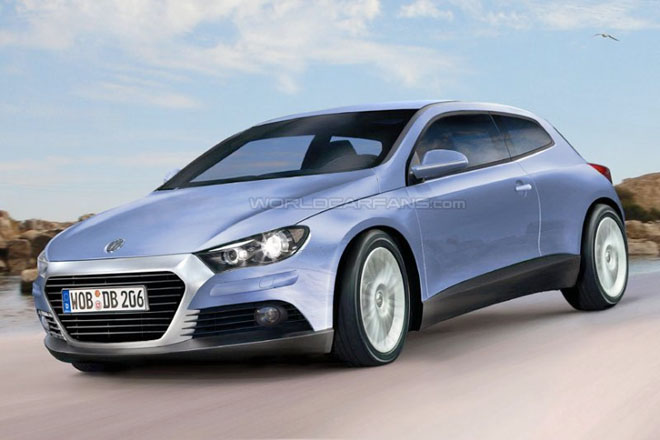 ( www.carmagazine.co.uk ) - Who'd have thought a little gathering in Austria could give birth to three stunning concept cars. This is VW's new Scirocco GT24 concept and it's appearing at the Worthersee Tour alongside the Audi TT and A3 Clubsport Quattros.

Spot on, and that forced-induction 2.0-litre makes 321bhp and 251lb ft. It's mated to VW's obligatory six-speed dual-clutch 'box with power going to the front wheels. Why no four-wheel drive? Because even the earliest reports about a hot Scirocco pointed towards an R20 with a tweaked 2.0-litre turbo, rather than the new coupe using a V6.

To beef up the gearbox there are new clutch plates, alongside revised gear ratios and a lightened flywheel.