Peru's Garcia bails out of APEC summit over spy case 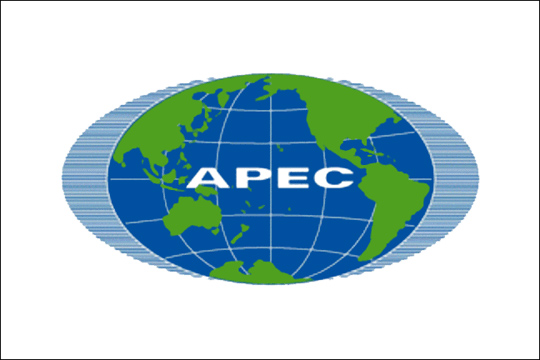 Peru's President Alan Garcia and his delegation pulled out of an Asia-Pacific summit in Singapore on Sunday in protest over charges neighboring Chile had paid a Peruvian military officer as a spy, Reuters reported.

The espionage case has stoked diplomatic tensions in a long-running feud between Peru and Chile over their maritime border, but the two South American metals exporters still share more than $3 billion a year in bilateral trade.

"President has left Singapore on his way back to Lima," a Peruvian government official said.

Peru on Saturday recalled its envoy from Chile and said Garcia would leave the APEC summit early after Peruvian authorities said they had detained a Peruvian air force officer on charges he had spied for Chile.

Garcia and his Chilean counterpart, Michelle Bachelet, were scheduled to meet over the weekend as part of the Asia Pacific Economic Cooperation summit in Singapore, where the 21 leaders were focusing on trade, climate change and the global economy.

Chile's government on Saturday rejected the spying accusations, and criticized Peru for over-reacting before any investigation had been concluded.

"When there are accusations of this type, governments have to be prudent and serious," said Carolina Toha, a Chilean government spokeswoman.

part of mineral-rich land from its northern neighbor.

Peru filed suit against Chile last year at the International Court of Justice in The Hague, disputing their maritime border and demanding more of the rich Pacific Ocean fishing waters between them.

But the two countries have a free trade pact and have sought to open up their economies to each other as the global economic crisis battered revenues from their vital copper and mineral exports.