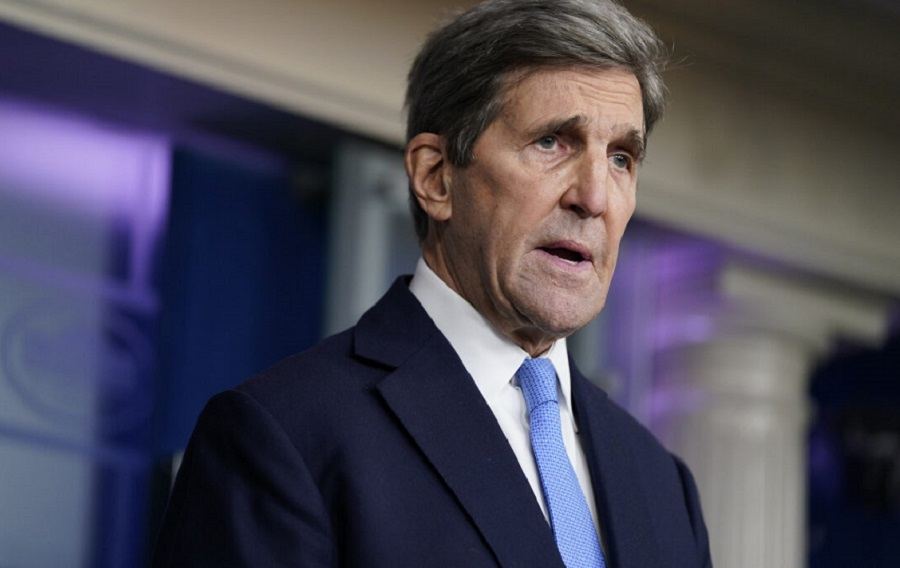 Kerry will visit Riyadh on Oct. 24 and 25 before the UN climate change convention in Glasgow that starts Oct. 31, the department said in a statement.

In Riyadh, Kerry will participate in the Middle East Green Initiative Summit which will discuss ways to reduce emissions, reverse desertification and grow forests.

The US and the EU are trying to get Saudi Arabia, the world's largest oil exporter, to join a global initiative on slashing emissions of methane 30 percent by 2030 from 2020 levels. More than 30 countries including Germany, Canada and Japan have joined the partnership which covers 60 percent of global GDP and 30 percent of global methane emissions.

It is uncertain whether the kingdom will sign on. Saudi Arabia Minister of Energy Prince Abdulaziz bin Salman said on Wednesday that the world must pay attention to energy supply security, which should not be compromised in the fight to curb climate change.

Kerry and Saudi Arabia share an interest in developing hydrogen as an alternative fuel. Saudi Arabia is building a $5 billion plant to produce ‘green hydrogen’ by extracting the gas from water using electrolyzers powered by solar and wind power. Hydrogen can be used in fuel cell vehicles or be blended with natural gas to create a cleaner-burning fuel, but today most hydrogen is extracted using fossil fuels that produce large amounts of planet-warming emissions.

Kerry said last month that hydrogen could be a multitrillion-dollar global market in coming decades.