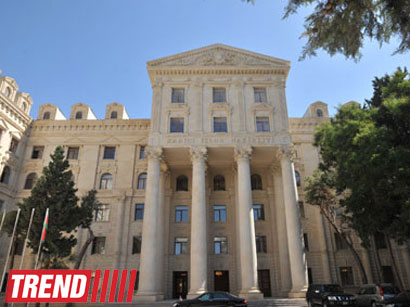 He expressed Azerbaijan's discontent in connection with the mistake made while broadcasting an incident with Armenian downed military helicopter.

"Euronews TV channel management was also informed about the Azerbaijani side's discontent," he said. "It also spread inaccurate information in this regards."

Hajiyev said that CNN Turk TV channel has already corrected the mistakes in the report.

The report, prepared by the TV channel earlier, stated that the helicopter allegedly belonged to the so-called "Army of Nagorno-Karabakh" and Nagorno-Karabakh of Azerbaijan was presented as a separate area.

On Nov. 12, at 13:45 (UTC/GMT +4 hours) a Mi-24 helicopter flying 1700 meters northeast of the Kengerli village of Aghdam district attacked the positions of the Azerbaijani army. The Azerbaijani side shot down one helicopter. The debris of the downed helicopter fell on an area, located 500 meters away from the frontline.