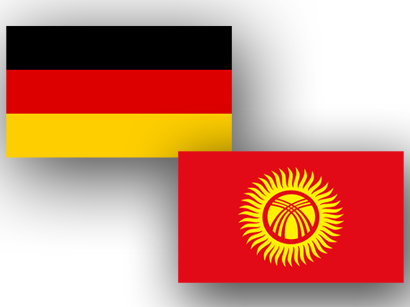 Regular consultations between Foreign Ministries of Kyrgyzstan and Germany were held in the format of videoconference, the press service of the Kyrgyz Ministry of Foreign Affairs said Thursday, Trend reports citing Kabar.

The Kyrgyz delegation was headed by Deputy Foreign Minister Azizbek Madmarov. The German side was represented by delegation, led by Director for Eastern Europe, the Caucasus and Central Asia at the German Ministry of Foreign Affairs Michael Siebert.

Madmarov briefed the German side about the situation in Kyrgyzstan, which emerged after the Oct. 4 parliamentary elections. He noted that at present the Kyrgyz Government, all state and administrative bodies work in a regular mode and continue performing the tasks assigned to them.

During the online consultations, the sides discussed a wide range of issues of bilateral and multilateral relations, as well as regional interaction.

They exchanged views on issues of freedom of speech and human rights protection. Special attention was paid to the issues of interaction to combat the coronavirus pandemic.