Politics Materials 30 December 2013 13:36 (UTC +04:00)
There are good reasons why the terrorists – believed to be Chechen or Dagestan Islamists -- who struck two days in a row killing more than 30 people the Russian city of Volgograd chose that very city. 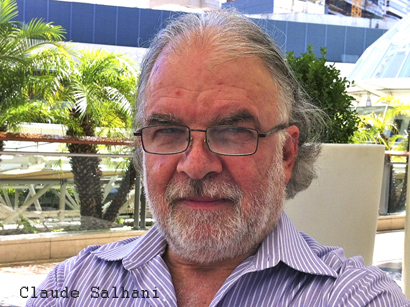 There are good reasons why the terrorists - believed to be Chechen or Dagestan Islamists -- who struck two days in a row killing more than 30 people the Russian city of Volgograd chose that very city.

The first attack occurred on Sunday when a female suicide bomber blew herself up in the city's central train station, killing 17 people. The dramatic video of the attack was captured by a security camera across the street. The Chechens have been known to use women in their bombing campaigns.

And on Monday a blast on a trolley bus claimed the lives of 15 more people.
So why Volgograd? What is the significance of the city?

First, there is the historic and emotional link that Russians have to this city. Formerly known as Stalingrad, the city was made famous for the battle named after it during World War II, or as the Russians refer to the conflict, the Great Patriotic War.

Stalingrad was the pride of Soviet resistance to Hitler's assault on the Eastern Front. It was also one of the bloodiest battles in the history of war. The Battle of Stalingrad no doubt played a decisive role in helping shape the overall outcome of the war. As the Red Army continued to inflict heavy losses on the Germans, Hitler kept pulling troops out of the Western Front to replace the losses suffered by the Wehrmacht.

On the Soviet side some 1,200,000 people were killed or wounded. More than 40,000 civilians lost their lives in the battle. There was a shortage of everything in the city that was practically cut off and surrounded by German troops. Many Russian soldiers went into battle without a rifle and waited until the men in front of them were killed to pick up their rifles.

During the battle which lasted six months, one week and three days, the city became the symbol of Russia's resistance to the evils of Nazi Germany. In terms of symbolic importance, striking at Volgograd two days running is a daring challenge to Russian President Vladimir Putin. And an insult to the memory of the heroes of the "Great Patriotic War."

Second, Volgograd became a prime target for the terrorists because quite possibly the terrorists may have found it too risky to try to hit targets in either the capital, Moscow, or better yet, from the terrorist's perspective, the Russian city of Sochi where the Winter Olympics are to be held in February.

The only problem for the terrorists is that Putin has stepped up security in both Moscow and the Olympic sites, where the terrorists would have had a harder time amidst very, very tight security.

So, what are the options open to President Putin, who on the one hand feels he must do something to retaliate against the Chechens and to deter future terror attacks.
Not many.

President Putin may of course retaliate by ordering strikes on suspected Chechen areas in the autonomous republic, or on the Dagestan terrorists which would only aggravate the situation and possibly invite further terrorist attacks, the very last thing the Russian president wants to see happen at this time, now only a little over a month before the world's top athletes start arriving.

Or he could bide his time, bite his lip and wait until the Games are over in order to commence his games - albeit some very different and very lethal games.

--
Claude Salhani is a journalist and political analyst specializing in the Middle East, Central Asia and terrorism. He is senior editor of the English service of the Trend Agency in Baku, Azerbaijan. Follow him on Twitter @claudesalhani.com