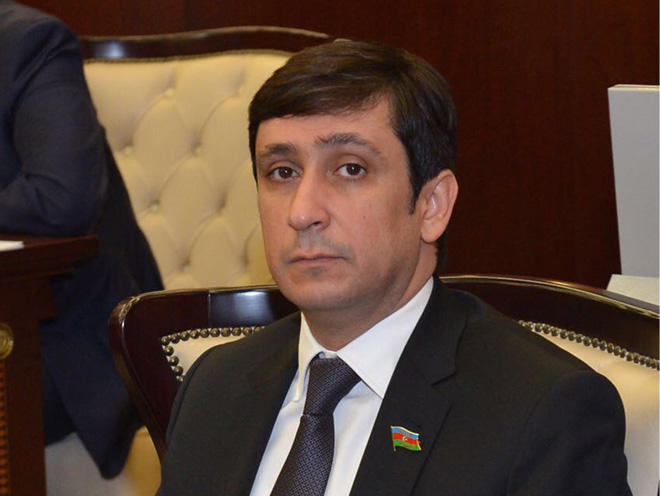 The decision made at the sixth congress of the New Azerbaijan Party on the nomination of party chairman, the country’s President Ilham Aliyev for the upcoming presidential election, reflects the people’s position, Azerbaijani MP Javid Osmanov told Trend Feb. 12.

Osmanov added that this decision is widely discussed and appreciated in the society.

"Uniting more than 700,000 people in its ranks, the party won the status of the national party, as the ideas of the party, created by the country’s national leader Heydar Aliyev, serves people and the state," he said. “Under the leadership of President Ilham Aliyev, the party became even stronger. The New Azerbaijan Party became the biggest political force in the region."

Osmanov stressed that during the years of presidency, President Aliyev gained the trust of people.

"Over the past 15 years Azerbaijan’s socio-economic indicators have greatly grown and the country’s position on the international arena has strengthened as the result of the president’s policy,” he said. “These results were achieved thanks to the wise policy of President Aliyev.”