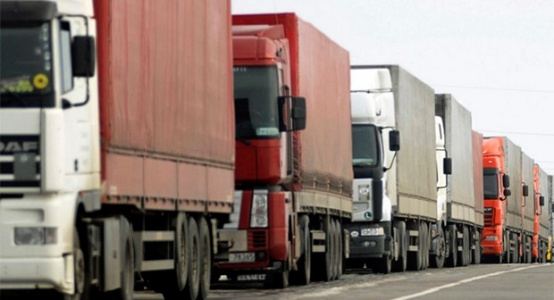 The number of trucks which passed through the Bazargan checkpoint on Iran's border with Turkey (called Gurbulak in Turkey) was 54,500 since the beginning of the current Iranian year (March 20, 2020) to September 26, Head of the Bazargan customs checkpoint, Jaber Akbarzadeh, told IRNA, Trend reports.

According to Akbarzadeh, due to the spread of the coronavirus pandemic, an average of 376 trucks pass through Bazargan customs checkpoint daily on the basis of health protocols.

"During the reporting period, 30,600 trucks left Iran, which is a 54 percent decrease compared to the same period last Iranian year," he added.

"The exported goods via trucks in the current Iranian year were mainly agricultural, petrochemical and metal products, and were exported to European countries," he said.

Iran continues to monitor the coronavirus situation in the country. According to recent reports from the Iranian officials, over 443,000 people have been infected, and 25,394 people have already died. Meanwhile, over 372,000 have reportedly recovered from the disease.

Due to the spread of the coronavirus in Iran, customs activities have been restricted with a number of countries. The activities of Iran's Bazargan customs checkpoint has been restored since June 4.