Protests resumed in the capital of Armenia, users of social networks said.

Hundreds of people in the center of Yerevan participated in a rally against the increase in electricity tariffs June 22, RIA Novosti news agency reported.

Earlier it was reported that the protest rally was dispersed in Yerevan early in the morning June 23 and police arrested 237 participants.

Regulatory commission has established new tariffs for electricity supplied to consumers by Electric Networks of Armenia (ENA) CJSC on June 17. In particular, the new electricity tariff for the population will increase by 6.93 Armenian drams starting from August, 1.

The photos were taken from the social networks. 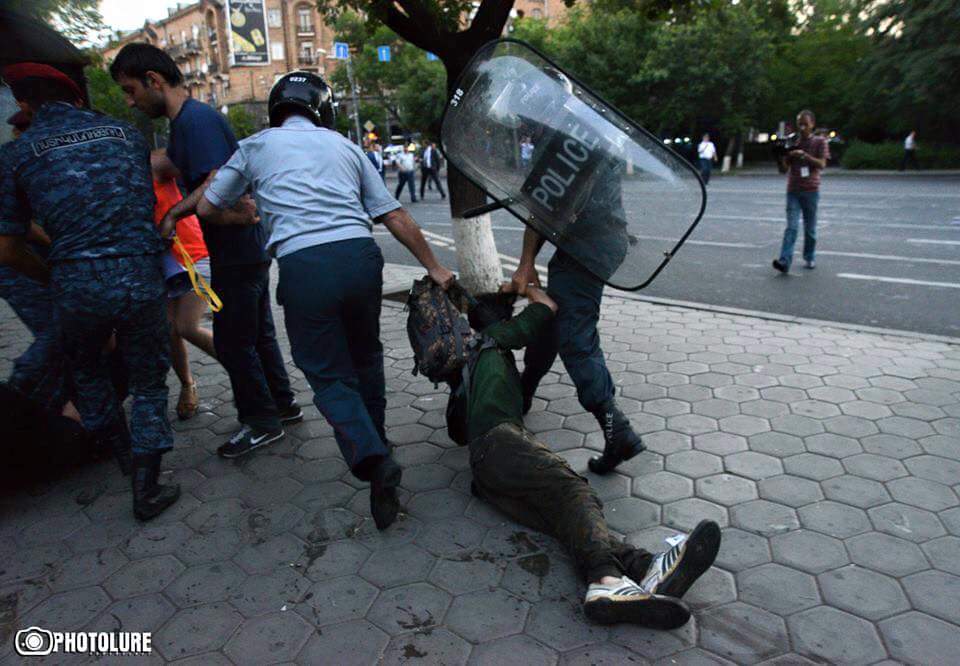